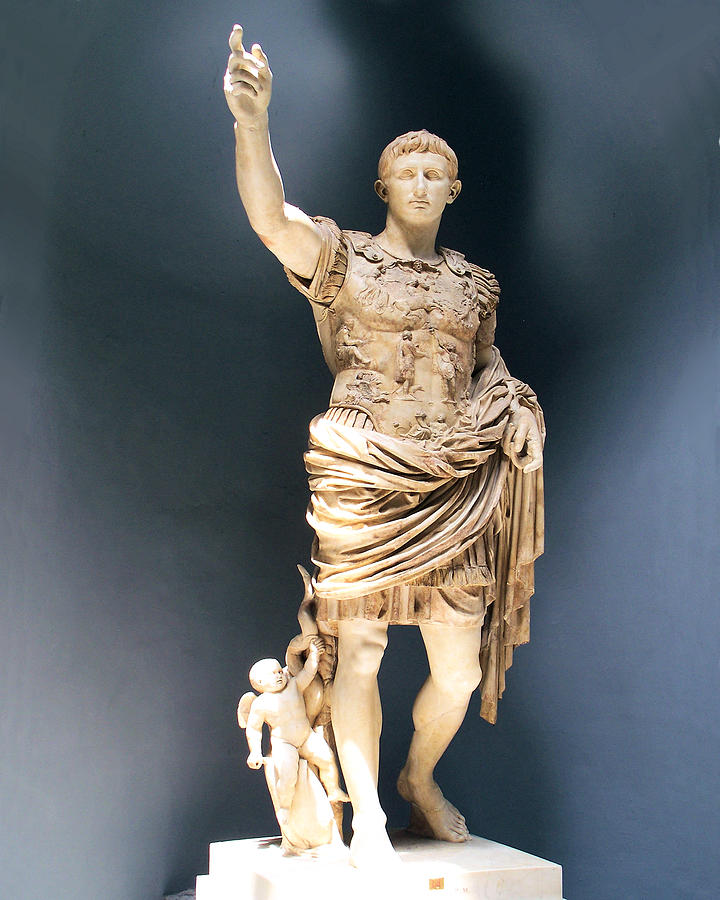 This beautiful example of Classical statuary was discovered on April 20, 1863. When it was transported to Rome, it became a symbol of the newly created Kingdom of Italy and was a prime exhibit of the Mostra Augustea della Romanita, a celebration of the emperor's 2000th birthday on September 23, 1938. This representation of the statue is from my photograph from my recent trip to Rome. The ancient masterpiece was one of the world's first efforts at propoganda in art, an attempt at portraying the the radical Octavian in the guise of a traditional conservative Roman.