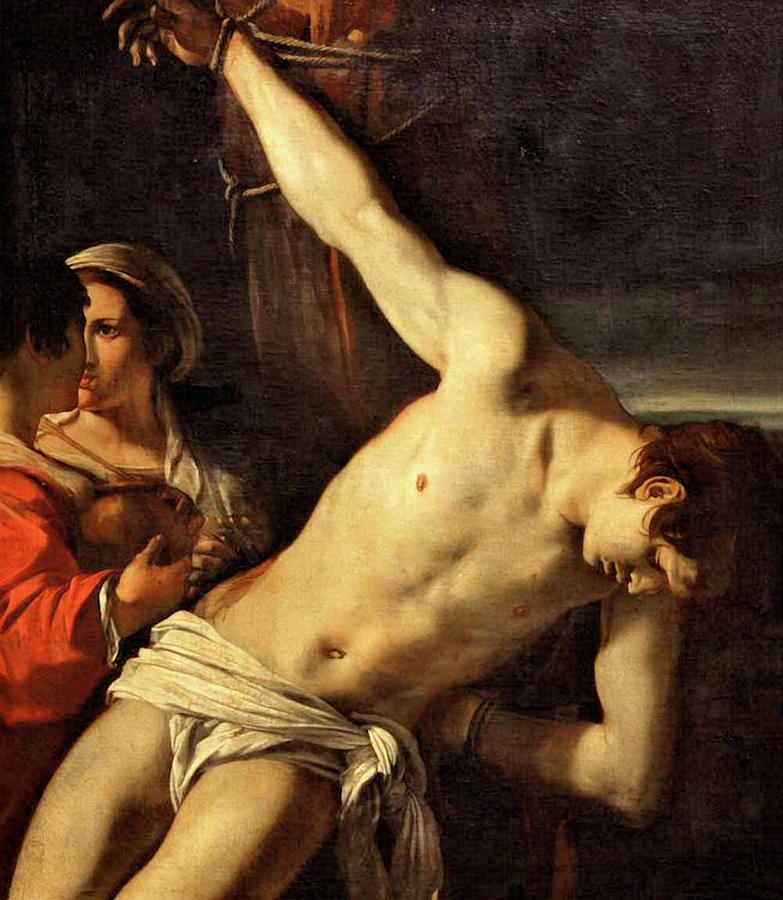 This is a reproduction of Orazio Gentileschi’s masterpiece of about 1629, Saint Sebastian. Born in Tuscany, he moved to Rome aged twelve or fourteen where he began collaborative work in the churches of Santa Maria Maggiore, San Nicola, Santa maria della Pace and San Giovanni in Laterano. He met Caravaggio in about 1600 when he was thirty-seven and his painting was transformed by the artist’s influence. He spent three years in Genoa painting commissions and in 1624 moved to Paris. Two years later he and his three sons moved to London to join the household of the duke of Buckingham. After 1628 when Buckingham was assassinated Gentilechi was in the employ of the royal court. He died in London in 1639.

Keep up the great work !