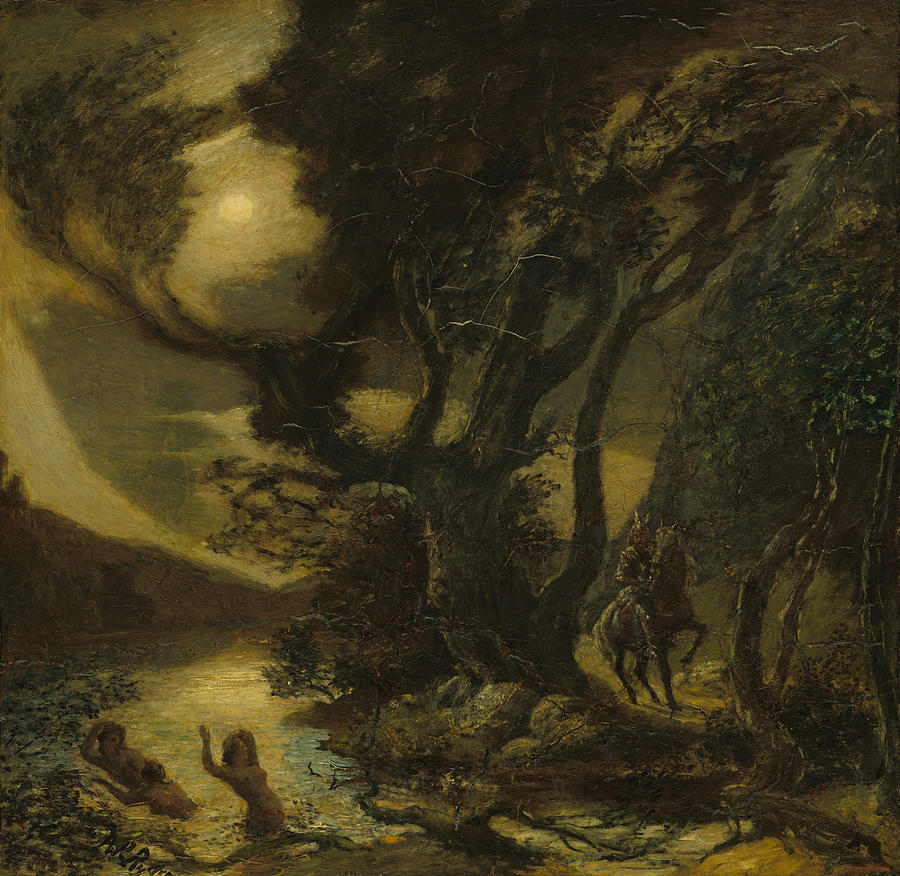 Siegfried and the Rhine Maidens

Siegfried and the Rhine Maidens

This is a reproduction of “Siegfried and the Rhine Maidens” by Albert Pinkham Ryder which was completed before 1892. The artist was aged forty-five years by the time the painting was finished having been born in New Bedford, Massachusetts. He began painting landscapes by 1868 and, moving with his family to New York, studied at the National Academy of Design for almost five years ending in 1875. He went to Europe two years later where he studied the Barbizon School and the Hague School in the Netherlands. He joined the Society of Americn Artists and exhibited with them from 1878 to 1887. During the 1880’s and 1890’s his work began to concentrate on more dramatic subjects often utilizing reduced light, such a dawn, twilight and moonshine. From his mid-fifties, Ryder became more reclusive and his artistic output became much reduced. His fame grew, however, and he was greatly mourned when he died in New York City in 1917. This masterpiece dates from his mature period and is an oil on canvas measuring 50.5 by 52 centimeters. It is in the National Gallery of Art in Washington, DC.