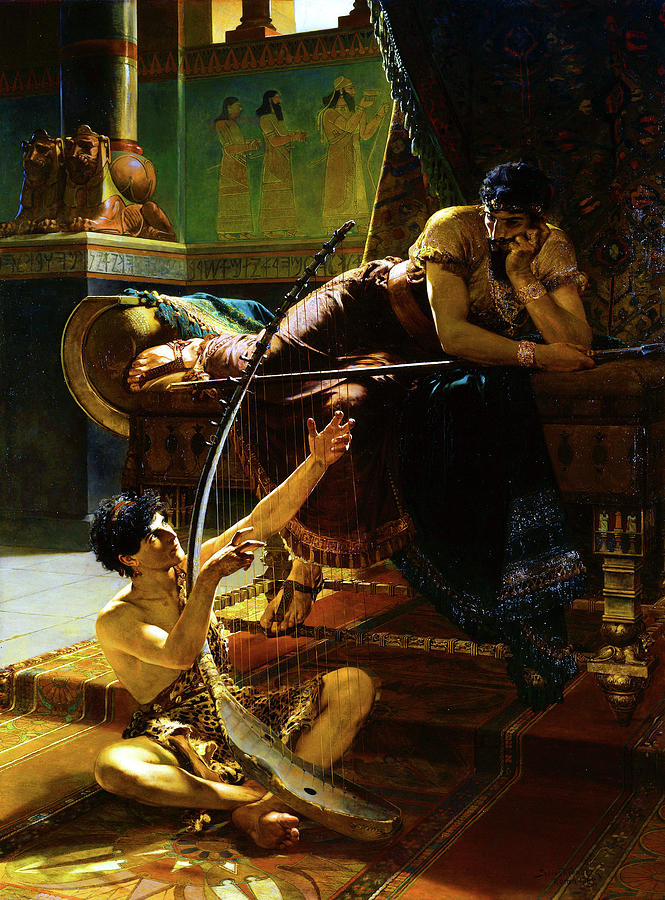 This is a reproduction of “David and Saul” by Julius Kronberg of 1885. The artist was born in 1850 and was admitted to the Royal Swedish Academy of Fine Arts when aged thirteen years. He studied under Boklund and Hockert and won a gold medal when he was twenty years old. This enabled him to travel Copenhagen, Dusseldorf and Paris in 1873 to further his studies. He settled for a time in Munich and began to grow his reputation there. He continued to produce popular works and made a final study trip in 1894 to Wurzburg, Madrid and Venice. He became a professor at the Royal Academy in 1895, but resigned three years later. After 1900 he retired from public life, probably as a result of his conflict with younger artists. He died of cancer in 1921. This masterpiece is an oil on canvas and measures 298 by 220 centimeters. It is in the Nationalmuseum in Stockholm.