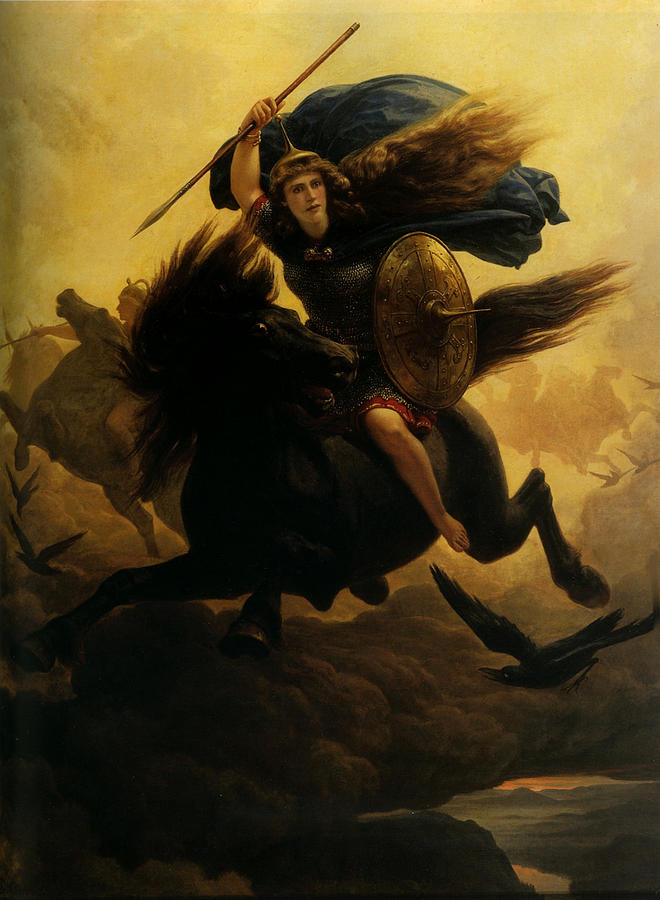 This is a reproduction of Peter Nicolai Arbo's "Valkyrie" of 1865. Arbo was a leading Norwegian painter who specialized in paintings from Norwegian history and mythology. He attended Helsted's Art School in Copenhagen in 1851 when he was twenty. He went on the study in Dusseldorf and returned to Norway in 1861 where he became a Knight of the Royal Norwegian Order of St. Olav and of the Order of Vasa. He was a member of the National Gallery Company from 1875 and a director of the Christiana (Oslo) Art Society from 1882. He died in 1892. The Valkyries were riders of Norse and Teutonic mythology who gleaned the battlefields for the mightiest warriors recently slain. From the Old Norse valkyrja, chooser of the slain, these maidens were usually described as the daughters of Odin, or Wotan, who gathered warriors for Valhalla for the purposed of building an army with which to fight the forces of darkness in Ragnark. This masterpiece is in the National Museum of Sweden in Stockholm.