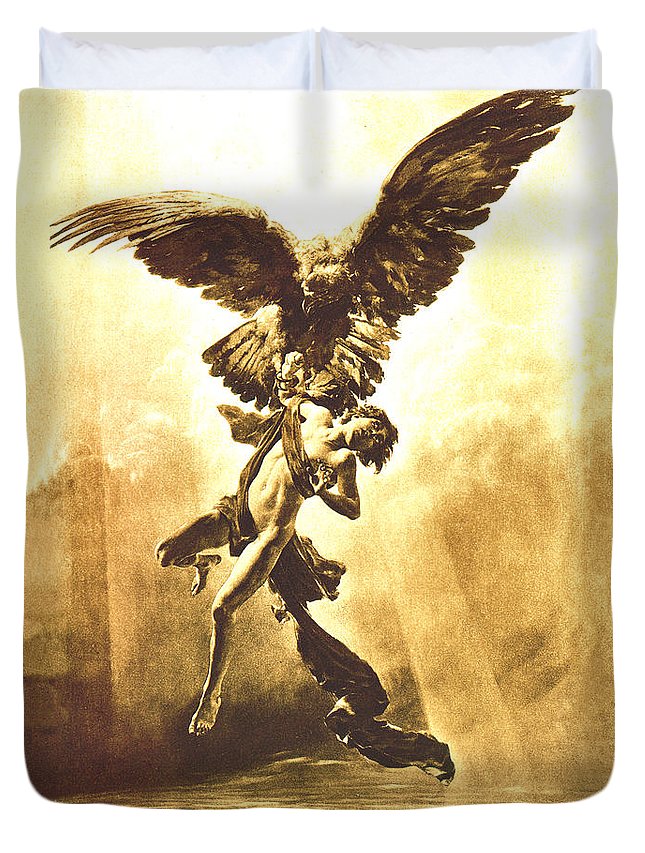 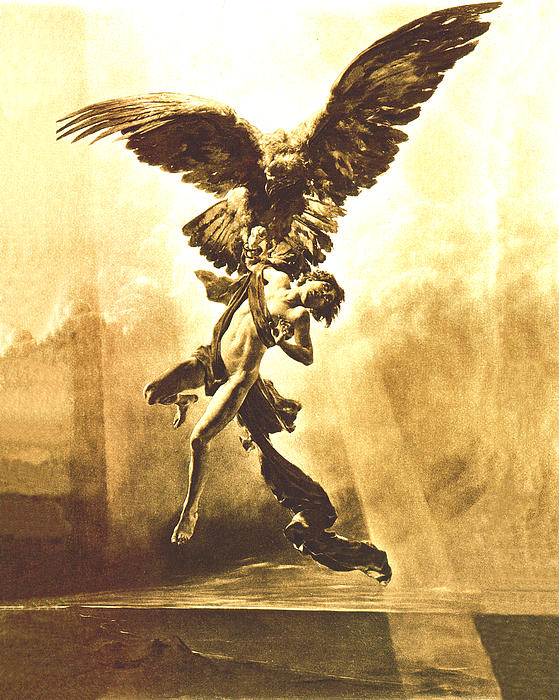 Queen duvet cover (88" x 88") featuring the image "Ganymede Capta " by Troy Caperton. Our soft microfiber duvet covers are hand sewn and include a hidden zipper for easy washing and assembly. Your selected image is printed on the top surface with a soft white surface underneath. All duvet covers are machine washable with cold water and a mild detergent.

A reproduction of by Troy Caperton of Ganymedes Capta. This work seeks to depict the legendary capture of the most beautiful young man in the world... more

A reproduction of by Troy Caperton of "Ganymedes Capta". This work seeks to depict the legendary capture of the most beautiful young man in the world by Zeus in the form of an eagle. This was one of the most powerful homoerotic images of the Classical World. For all the ages of man there have been men who, for whatever reason, have preferred the particular eroticism which is only available between men. This is an effort to capture some of that glory.