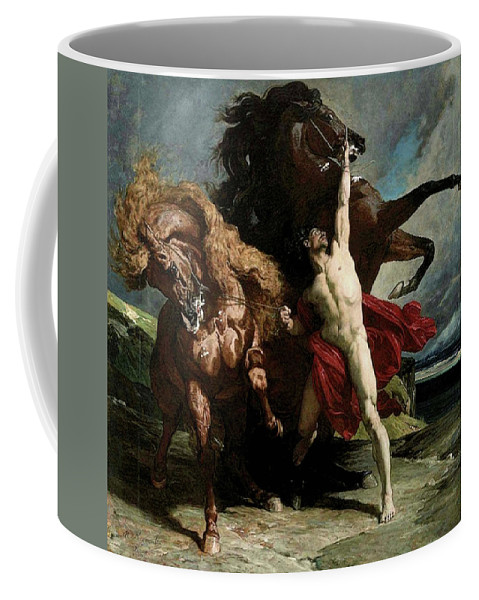 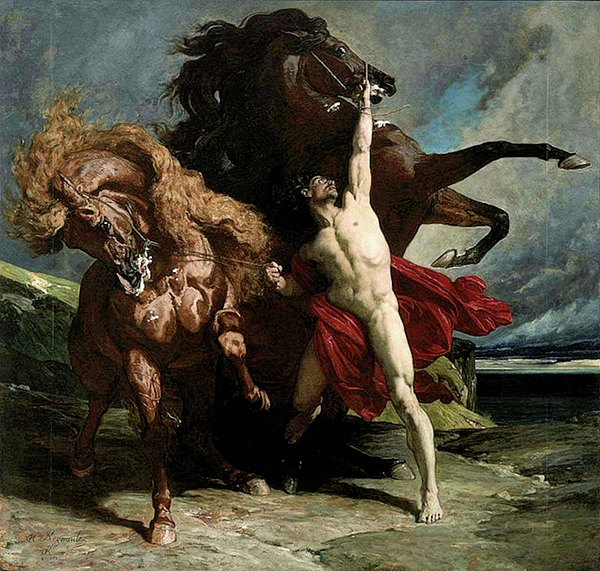 Automedon with the Horses of Achilles Coffee Mug

A reproduction of Henri Regnault's masterpiece, Automedon with the Horses of Achilles of 1868. The artist wsa born in Paris in 1843 and won better... more

Congratulations on the sale of your excellent work

Congratulations on your work, and your sale!

Congrats on your sale!!

Stunning creation and congrats on your sale F/L

A reproduction of Henri Regnault's masterpiece, "Automedon with the Horses of Achilles" of 1868. The artist wsa born in Paris in 1843 and won better acclaim in Rome than he did in France. He became a devotee of the Hispano-Italian school. He traveled in Spain and North Africa before returning to fight in the Franco-Prussian War in which he did in 1871. In this work the artist shows Automedon, the chariot-driver of Achilles. On the day that Patroclus was slain by Hector, Automedon drove the horses Balios and Xanthos to the rear of the army of the Achaeans so that he could console them. This image depicts Automedon bringing the wildly distraught horses from the battle.If you are interested in commissioning an oil painting on canvas of this art print, please send me an email attroy@trycap.com.