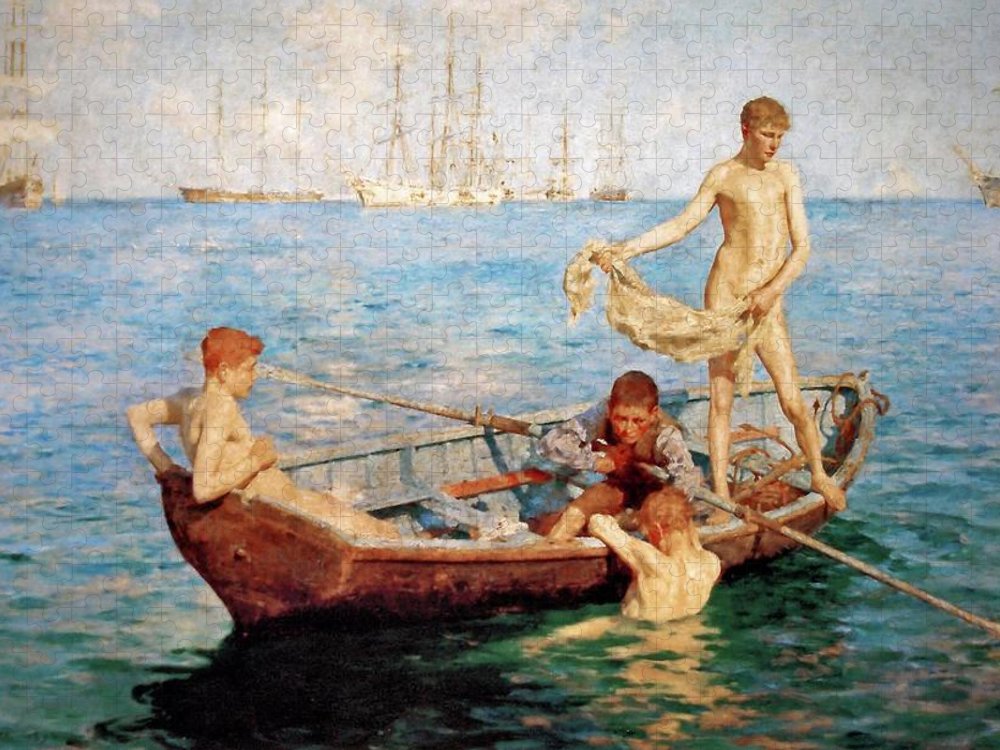 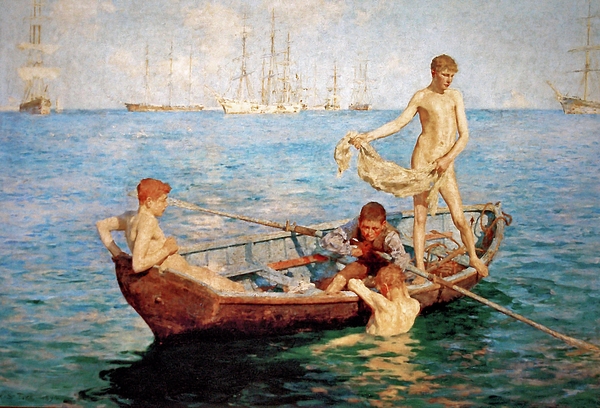 A reproduction of a work by Henry Scott Tuke, August Blue. This work was completed in about 1894. The artist was a native of Cornwall who died in... more

A reproduction of a work by Henry Scott Tuke, "August Blue". This work was completed in about 1894. The artist was a native of Cornwall who died in 1929 at the age of seventy-one years. His twin abiding loves were the sea and boys. This caused quite a stir in Victorian and Edwardian England, but he was nonetheless a member of the Royal Academy.If you are interested in commissioning an oil painting on canvas of this art print, please send me an email attroy@trycap.com.