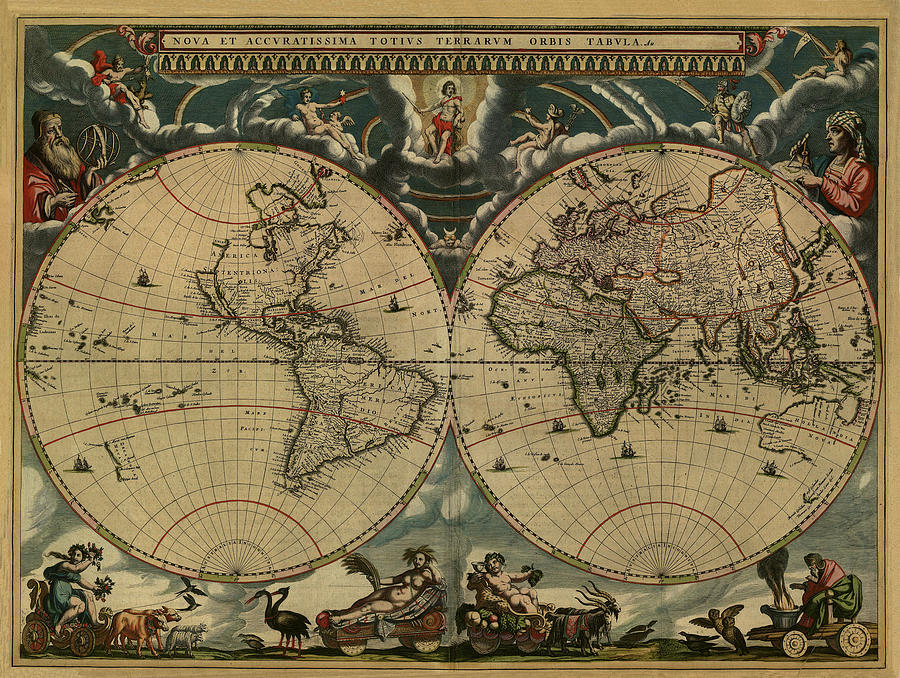 This is a reproduction of the famous world map from Joan Blaeu, published in 1664. This master cartographer followed his father Willem's craft and published his first work with his father and brother in 1635 when he was 39 years old. After his father's death three years later, Joan and his brother took over their father's work and Joan became the official cartographer for the Dutch East India Company. He was elected to the Amsterdam Council in 1654 and in 1662 he reissued his atlas as the Atlas Maior. He died in Amsterdam in 1673.