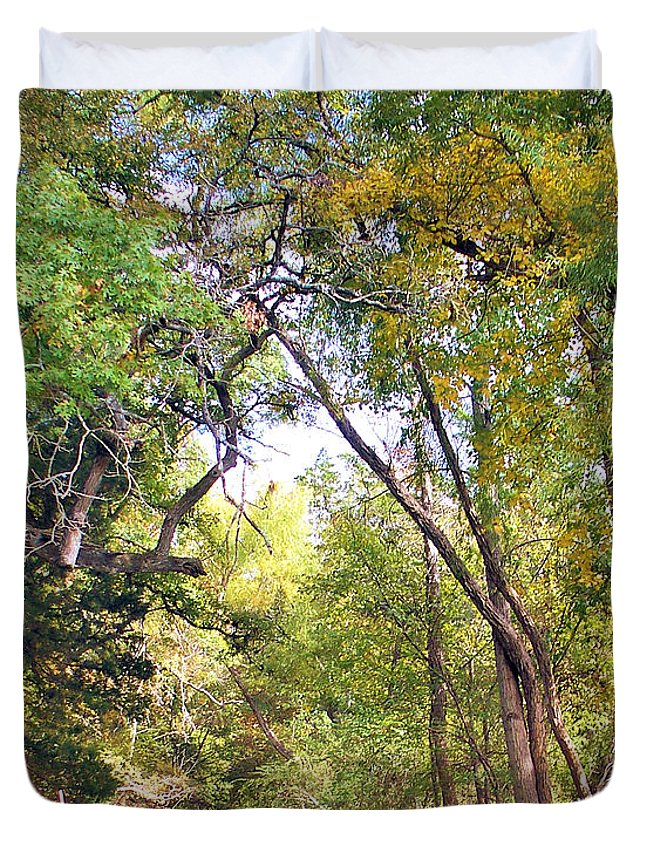 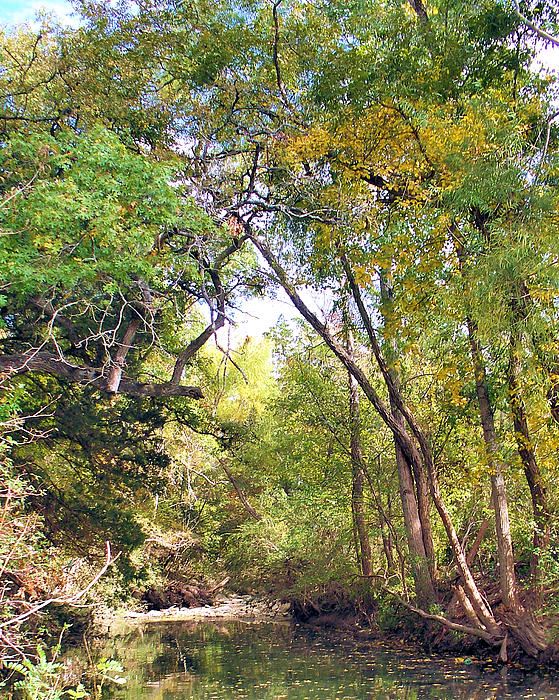 Queen duvet cover (88" x 88") featuring the image "Walnut Creek" by Troy Caperton. Our soft microfiber duvet covers are hand sewn and include a hidden zipper for easy washing and assembly. Your selected image is printed on the top surface with a soft white surface underneath. All duvet covers are machine washable with cold water and a mild detergent.

A reproduction by Troy Caperton's Walnut Creek, Austin of November, 2010. This work is based on a photograph which strives to show how lovely Austin... more

A reproduction by Troy Caperton's "Walnut Creek, Austin" of November, 2010. This work is based on a photograph which strives to show how lovely Austin parklands can be in the month of November. Granted, we're having a mild autumn.If you are interested in commissioning an oil painting on canvas of this art print, please send me an email at troy@troycap.com.