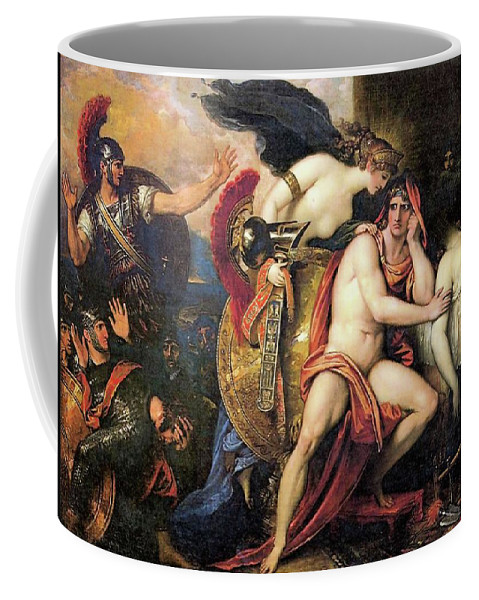 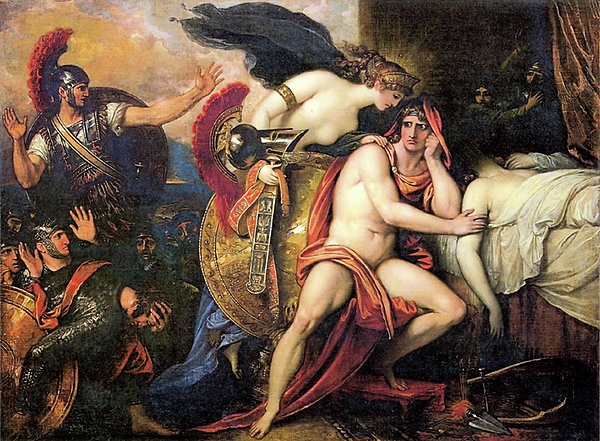 This American Neo-Classical painting is by Benjamin West. It portrays Thetis attempting to console her son Achilles bereft by the death of his... more

This American Neo-Classical painting is by Benjamin West. It portrays Thetis attempting to console her son Achilles bereft by the death of his beloved Patroclus. She is delivering his new armor as his old armor had been stolen by the slayer of his love, Hector of Troy.If you are interested in commissioning an oil painting on canvas of this art print, please send me an email attroy@trycap.com.