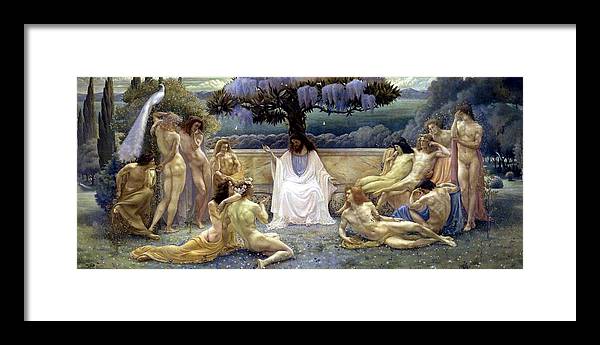 The School of Plato Framed Print

The School of Plato framed print by Jean Delville.   Bring your print to life with hundreds of different frame and mat combinations. Our framed prints are assembled, packaged, and shipped by our expert framing staff and delivered "ready to hang" with pre-attached hanging wire, mounting hooks, and nails.

This masterpiece by the Belgian Jean Delville was created in 1898. This Symbolist artist who settled in Paris was a student of Theosophy and was... more

This masterpiece by the Belgian Jean Delville was created in 1898. This Symbolist artist who settled in Paris was a student of Theosophy and was heavily influenced by Platonism. The artist died in 1953 at the age of eighty-six years.If you are interested in commissioning an oil painting on canvas of this art print, please send me an email at troy@troycap.com.