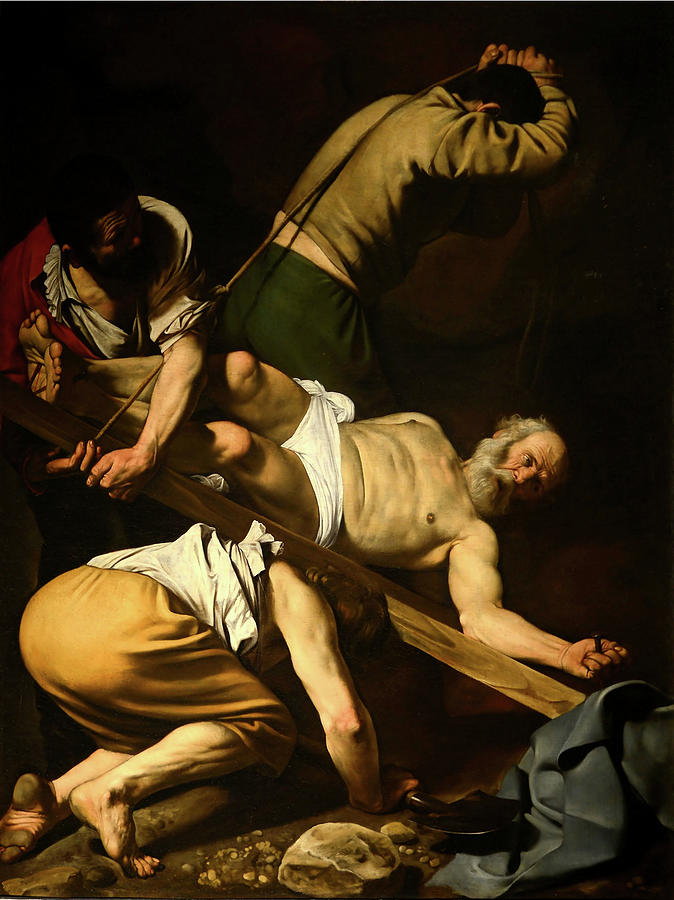 The Martyrdom of Saint Peter

The Martyrdom of Saint Peter

This is a reproduction of “The Martyrdom of Saint Peter”by Michelangelo Merisi da Caravaggio of 1601. The artist was thirty years old when he created this masterpiece. He was initially trained in Milan before moving to Rome in 1592 when he was twenty-one years old. He quickly gained a reputation as a popular painter, but also as a violent, sensitive and provocative man. He blazed new artistic trails with is use of tenebrism, a heightened form of chiaroscuro, which lent great drama and realism to his works. He was sentenced to death for involvement in a murder and fled to Naples in 1606. He obtained many commissions there through the influence of the Colonnas, his father’s patrons. He went to Malta for a year where he was inducted into the Knighthood of St. John. He was arrested for another brawl in 1608 and escaped to Sicily where again he gained commissions. His bizarre behavior became a scandal there and he left for Naples the next year. Again, he created more masterpieces and was seeking a pardon when he began a journey to Rome. He died on the journey on July 18, 1610. This masterpiece is an oil on canvas and measures 230 by 175 centimeters. It is in the Cerasi Chapel of Santa Maria del Popolo in Rome.