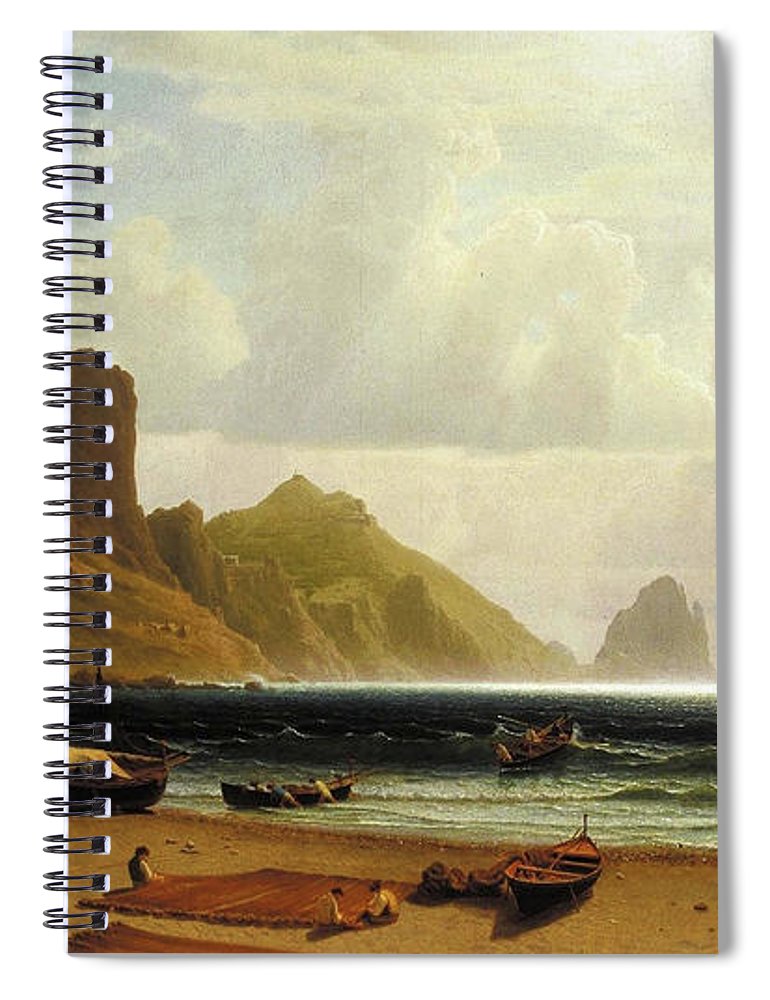 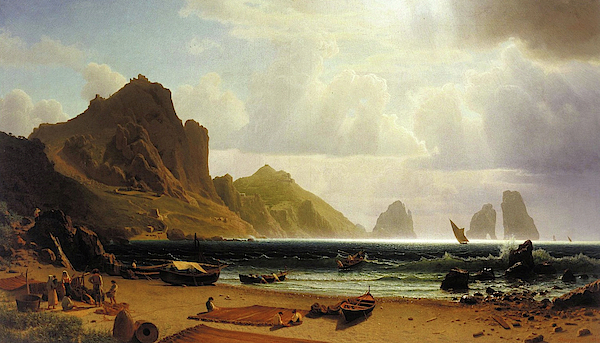 This is a reproduction Albert Bierstadt's masterpiece The Marina Piccola at Capri of 1858. This oil on canvas painting is an early work which was... more

This is a reproduction Albert Bierstadt's masterpiece "The Marina Piccola at Capri " of 1858. This oil on canvas painting is an early work which was created before the artist's historic trips to the American West which led to his most famous depictions of landscapes there. Bierstadt was born in 1830 Solingen, Germany and moved with his family to Massachusetts the next year. He was a member of the Hudson River School founded by Thomas Cole and first went west in 1859. Though he sold his works for handsome prices, he was not fully appreciated by contemporary art critics. Nevertheless he was elected to the National Academy in 1860. He died in 1902 New York City. This painting measures 106.6 centimeters by 182.9 centimeters and is in the Albright-Knox Art Gallery in Buffalo, New York.If you are interested in commissioning an oil painting on canvas of this art print, please send me an email at troy@troycap.com.