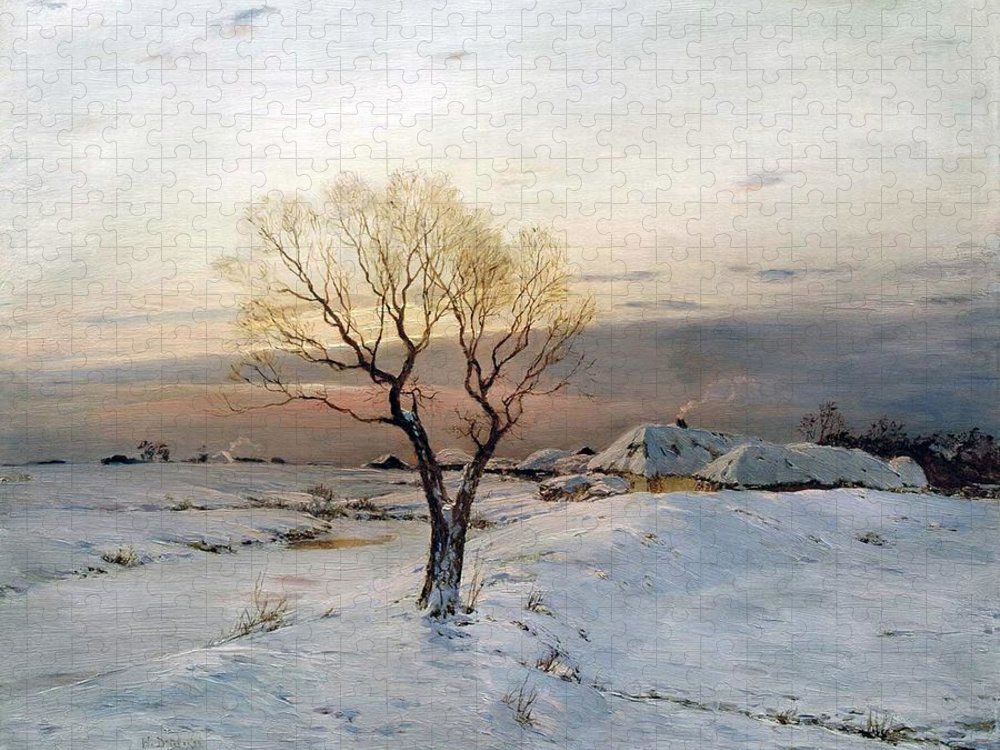 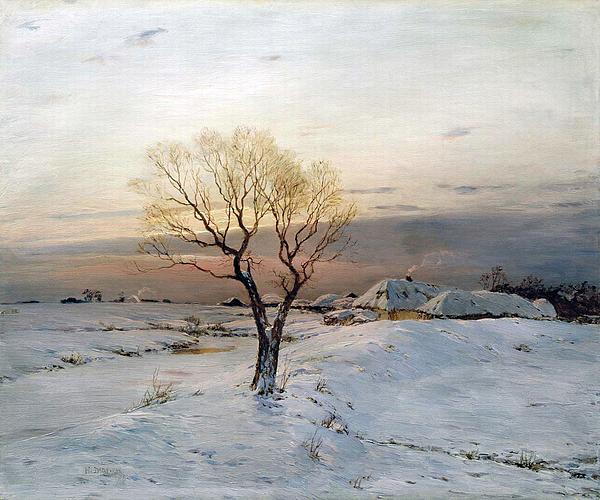 This is a reproduction of Nikolay Dubovskoy's The Frosty Morning of 1894. As a boy Dubovskoy attended the Kiev Military High School and then entered... more

This is a reproduction of Nikolay Dubovskoy's The Frosty Morning of 1894. As a boy Dubovskoy attended the Kiev Military High School and then entered the Imperial Academy of Arts in Saint Petersburg in 1877 when he was eighteen years old. He studied under Mikhail Klodt and left the Academy after four years. He joined the painting group, The Wanderers in 1886 and four years later became a member of the Academy of Arts. By 1900 he was a leader of the Wanderers making his reputation with the production of many landscapes. He traveled extensively in Western Europe and the Near East and from 1911 was the leading professor in the landscape studio of the Saint Petersburg Academy of Fine Arts. His work is considered transitional from Romanticism to Symbolism. He died on February 28, 1918.If you are interested in commissioning an oil painting on canvas of this art print, please send me an email to troy@trycap.com.