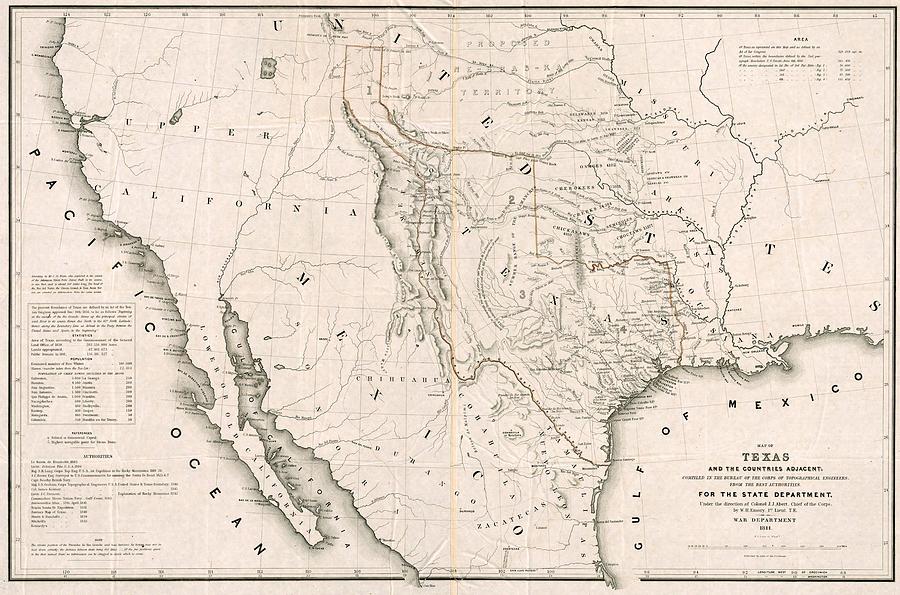 Original - Not For Sale

This piece is not for sale.   Please feel free to contact the artist directly regarding this or other pieces.

Map prepared by W. H. Emory of the War Department for the United States State Department. In 1844 Lieutenant Willima H. Emory served on an expedition that explored the claims of the Republic of Texas to the headwaters of the Rio Grande. Tensins were high as efforts were being made by the United States to secure Texas and its claims to the west of his settled areas. Emory went on to explore the regions between Missouri and San Diego, California; regions which were to become American within four years.