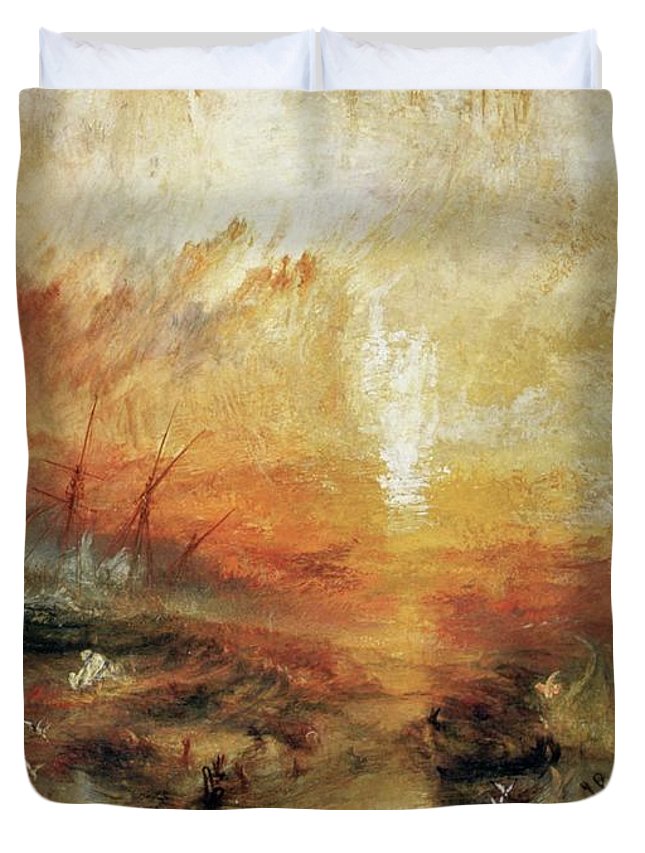 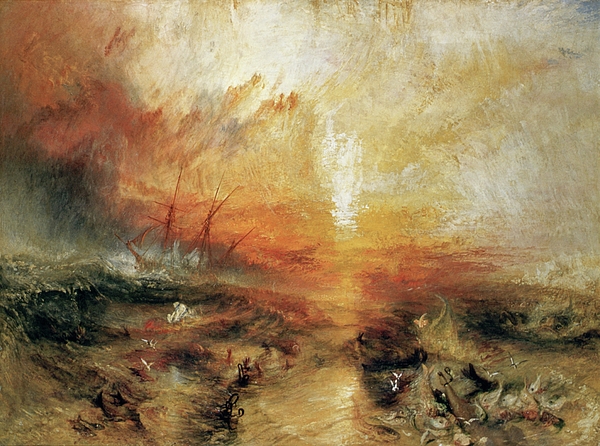 Queen duvet cover (88" x 88") featuring the image "Slave Ship" by Joseph Mallord William Turner. Our soft microfiber duvet covers are hand sewn and include a hidden zipper for easy washing and assembly. Your selected image is printed on the top surface with a soft white surface underneath. All duvet covers are machine washable with cold water and a mild detergent.

A reproduction by William Turner's of Slavers Throwing Overboard the Dead and Dying of 1851. Known popularly as Slave Ship, this stunning work... more

A reproduction by William Turner's of "Slavers Throwing Overboard the Dead and Dying" of 1851. Known popularly as "Slave Ship", this stunning work caused a sensation in early Victorian England. The artist was then aged sixty-five and had been exhibited in the Royal Academy of Art since the age of fourteen. He never married and had several close friendships with men over his life. He died in 1851 having become quite eccentric in his later years.If you are interested in commissioning an oil painting on canvas of this art print, please send me an email attroy@trycap.com.