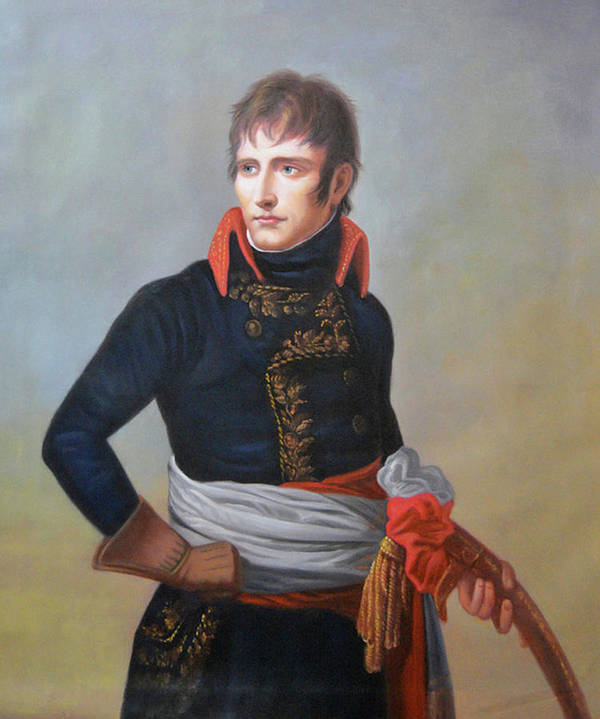 Napoleon Bonaparte as First Consul art print by Andrea Appiani.   Our art prints are produced on acid-free papers using archival inks to guarantee that they last a lifetime without fading or loss of color. All art prints include a 1" white border around the image to allow for future framing and matting, if desired.

A reproduction of Andrea Appiani's Napoleon Bonaparte as First Consul of 1798. The painting was done from life before Appiani was pensioned by... more

Congrats on your Sale!

congratulations on your recent sale !

A reproduction of Andrea Appiani's "Napoleon Bonaparte as First Consul" of 1798. The painting was done from life before Appiani was pensioned by Napoleon's Kingdom of Italy in 1805. It portrays Napoleon in his 1799 role of First Consul of the French Republic, a direct borrowing of terminology from the Roman Republic. Appiani was born in 1754 Milan. He early studied painters in Milan and at the age of twenty-two he entered the Acccademia di Belle Arti di Brera. He perfected his painting style in both oils and frescoes. He was pensioned by the Napoleonic Kingdom of Italy which was formed in 1805 and he painted portraits of many of the prominent of the imperial court. With the fall of Napoleon in 1814, Appiani fell into poverty from which he did not emerge, dying in 1817 in Milan.If you are interested in commissioning an oil painting on canvas of this art print, please send me an email attroy@trycap.com.