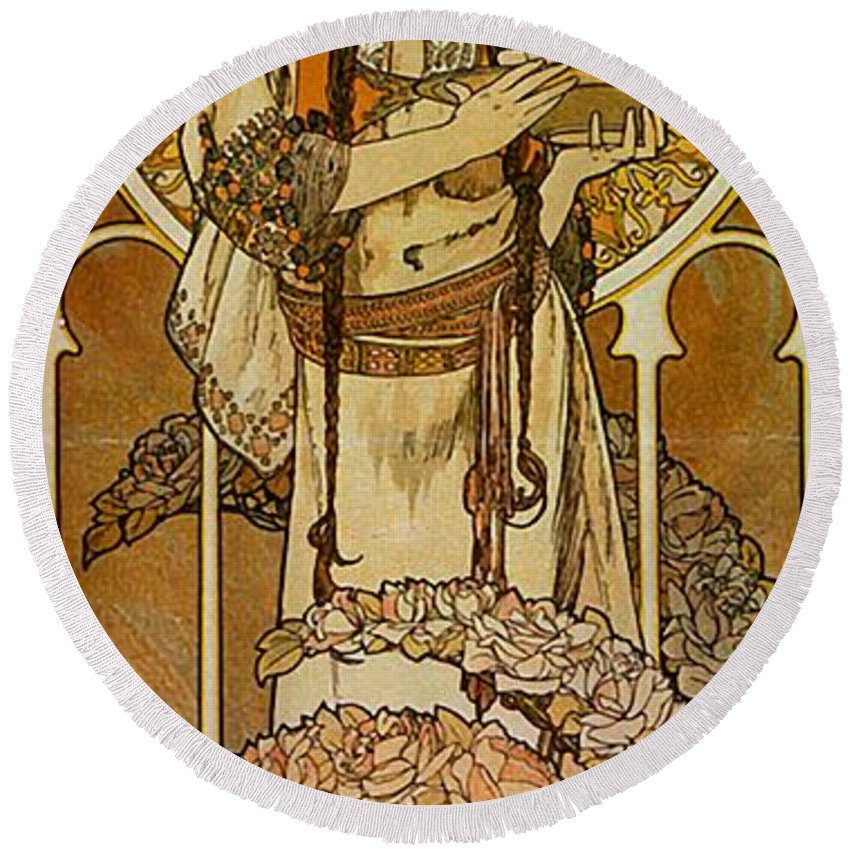 Menu for the Restaurant du Pavillon Bosniaque Round Beach Towel