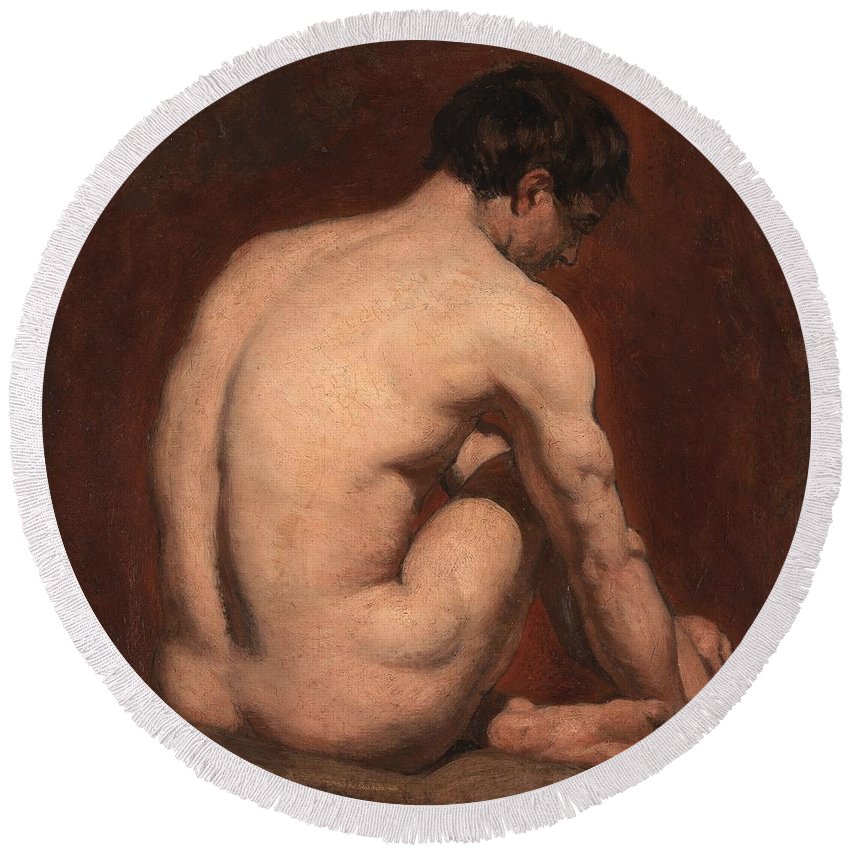 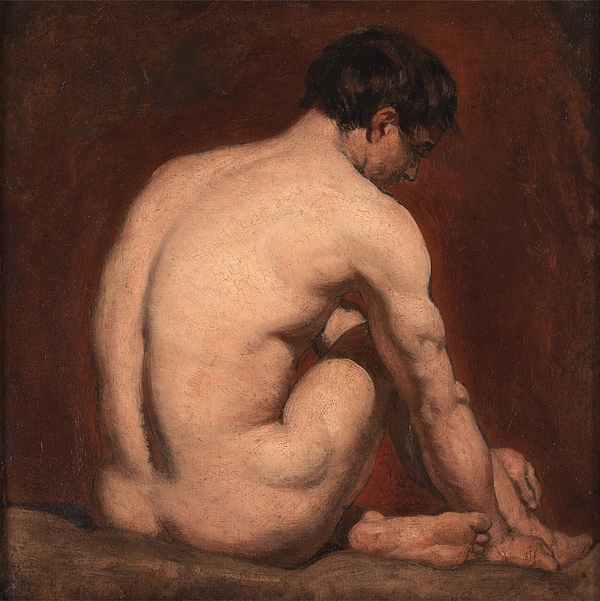 Male Nude from the Rear Round Beach Towel