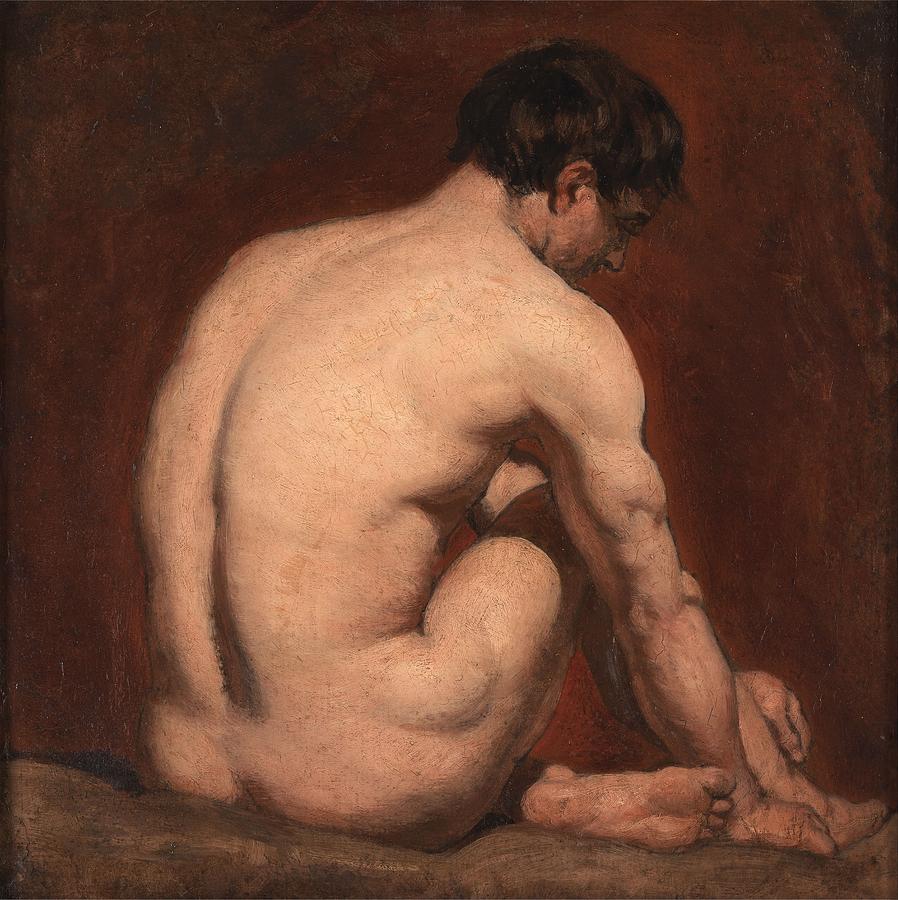 Male Nude from the Rear

Male Nude from the Rear

This is a reproduction to William Etty's masterpiece Male Nude, Kneeling, from the Back of about 1840. Etty was born at York, in the north of England, and moved to London in 1806 to study painting at the age of 19. He began studying under Henry Fuseli the next year. After trips to Paris and Italy his work began to take on the brilliant colors for which he became known. His fame in England grew after his return in 1824 and four years later he became a member of the Royal Academy. He remained in London until 1848 when he returned to his native York due to ill health. He died there on November 13, 1849 at the age of sixty-two. This oil painting on wood belongs to the Yale Center for British Art and measures 432 cm wide and 419 cm high.