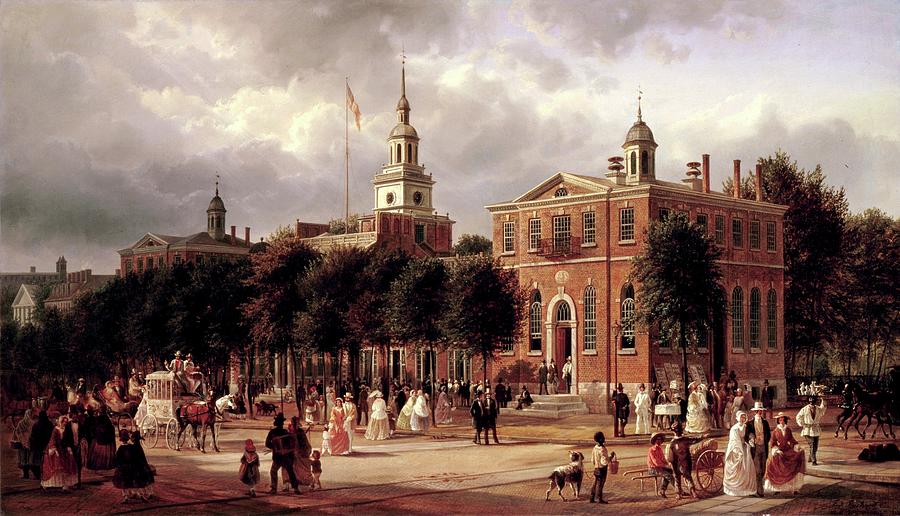 Original - Not For Sale

This piece is not for sale.   Please feel free to contact the artist directly regarding this or other pieces.

This is a reproduction of "Independence Hall in Philadelphia" by Ferdinand Richardt, completed in 1863. Joachim Ferdiand Richardt was born in 1819 Denmark and studied at the Royal Danish Academy from the age of seventeen. He received an annual stipend from the crown for the five years ending in 1852 and three years later first visited the United States. He returned to Europe where he married and had good success with his paintings. He moved permanently to the United States In 1873, to California in 1875 and finally to Oakland in 1876 where he died on October 29, 1895. This is wonderful example of Richardt's masterful portraits of buildings and natural wonders. This is one of two of his works that hang in the White House.