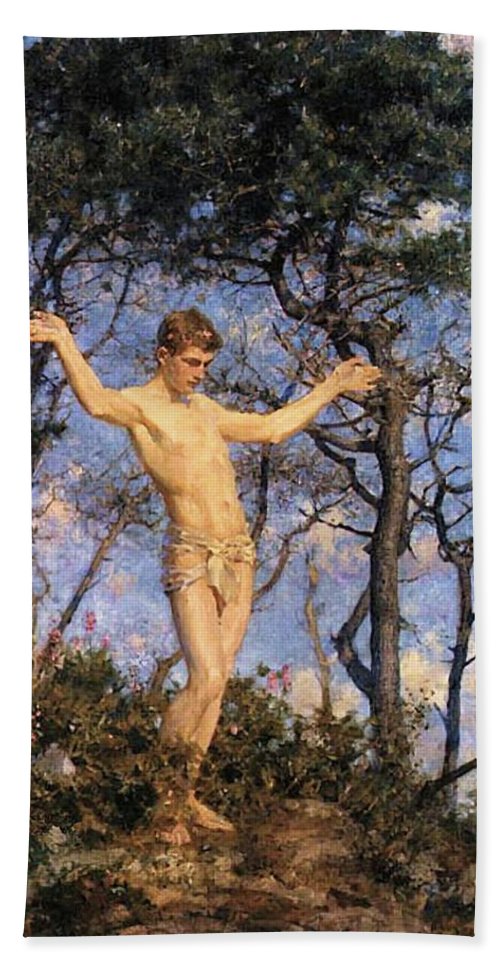 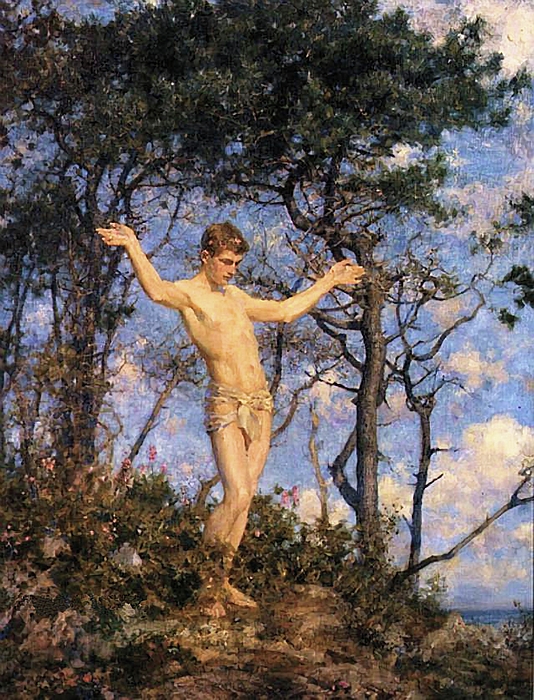 In the Morning Light Beach Towel

This is a reproduction of Sunworshipper by Henry Scott Tuke of 1904. This work was also entitled In the Morning Sun. The artist was a native of... more

This is a reproduction of "Sunworshipper" by Henry Scott Tuke of 1904. This work was also entitled "In the Morning Sun". The artist was a native of Cornwall who died in 1929 at the age of seventy-one years. This picture is quite demonstrative of his famous focus. His twin abiding loves were the sea and boys. This caused quite a stir in Victorian and Edwardian England, but he was nonetheless a member of the Royal Academy. This painting was created in the artist's studio in Falmouth.If you are interested in commissioning an oil painting on canvas of this art print, please send me an email attroy@trycap.com.