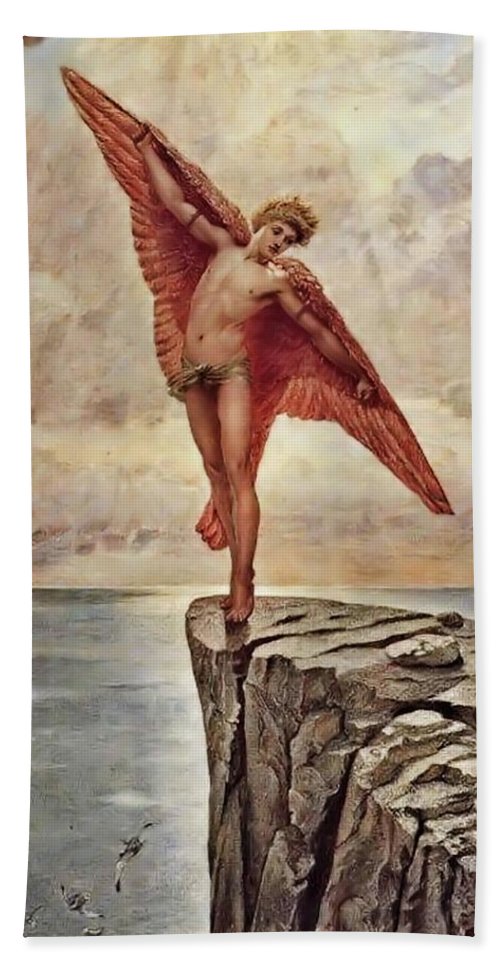 A reproduction of Icarus of 1887 by Sir William Blake Richmond. This work was produced when the artist was forty-five years old. He was a third... more

Congratulations on your sale William!

A reproduction of "Icarus" of 1887 by Sir William Blake Richmond. This work was produced when the artist was forty-five years old. He was a third generation English artist and entered the Royal Academy schools at the age of fourteen. He visited Italy three years later and returned for four years in 1861. He often favored Greek mythological subjects and this Icarus, painted when he was forty-five years old, is an excellent example. A year after this production, the artist became an associate of the Royal Academy and became a Knight of the Bath in 1897. Sir William died in 1921 at the age of seventy-nine years.If you are interested in commissioning an oil painting on canvas of this art print, please send me an email attroy@trycap.com.