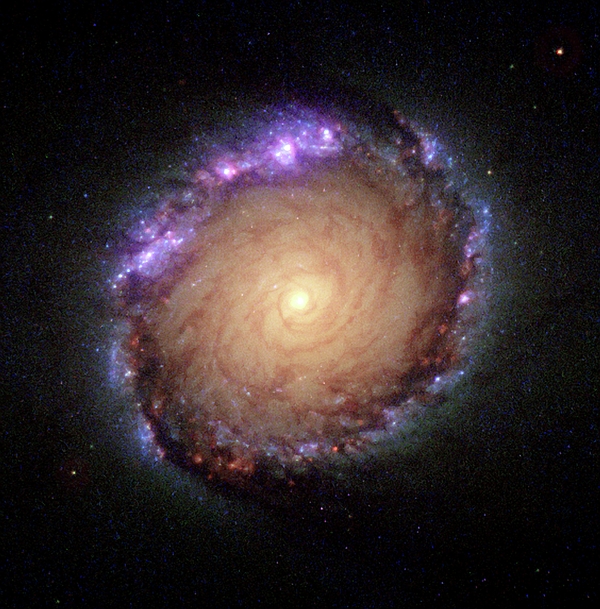 This is a reproduction of a magnificent image of the Barred Spiral Galaxy NGC 1512 by the Hubble Space Telescope. The Galaxy is about 30 million... more

This is a reproduction of a magnificent image of the Barred Spiral Galaxy NGC 1512 by the Hubble Space Telescope. The Galaxy is about 30 million light-years from Earth in the constellation Horologium. This image concentrates on the inner ring of the galaxy and is created by a composite of images taken by the Faint Object Camera, the Wide Feind and Planetary Camera 2 and the Near Infa-red Camera and Multi-Object Spectrometer. The image was released in May, 2001.If you are interested in commissioning an oil painting on canvas of this art print, please send me an email at troy@trycap.com.