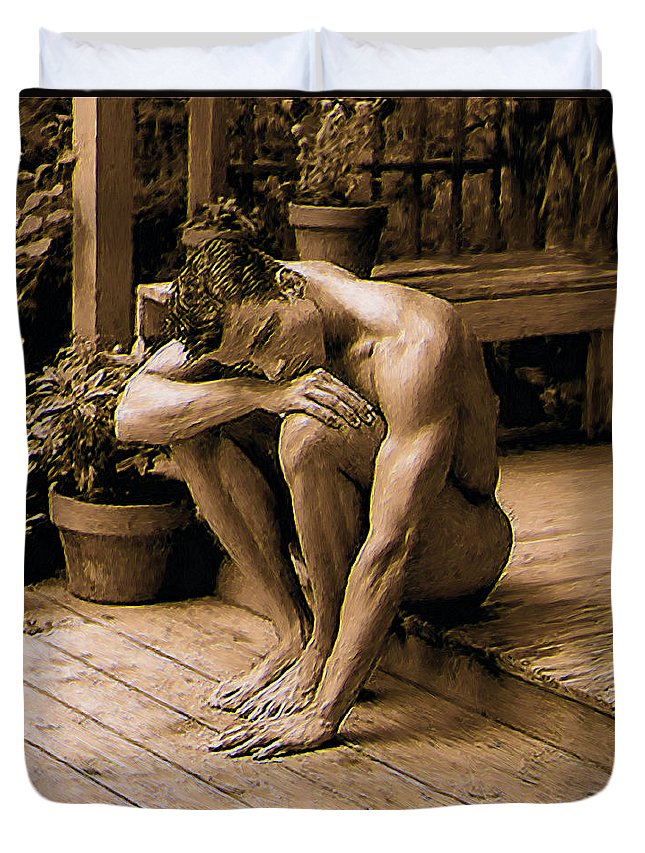 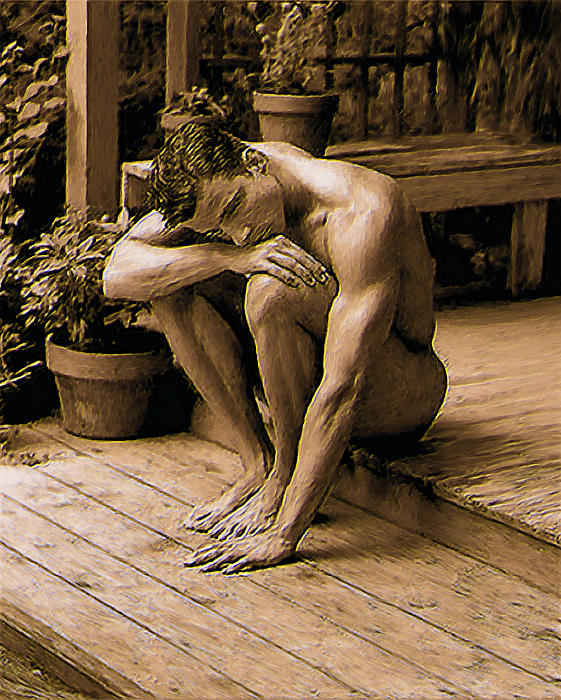 Queen duvet cover (88" x 88") featuring the image "Feet and Hand " by Troy Caperton. Our soft microfiber duvet covers are hand sewn and include a hidden zipper for easy washing and assembly. Your selected image is printed on the top surface with a soft white surface underneath. All duvet covers are machine washable with cold water and a mild detergent.

A pensive young man caught in a pose in which he ponders his future or his fate. The juxtaposition of his feet and his hand gives the image a... more

A pensive young man caught in a pose in which he ponders his future or his fate. The juxtaposition of his feet and his hand gives the image a strangely poignant feel. We hope that you enjoy this presentation.If you are interested in commissioning an oil painting on canvas of this art print, please send me an email at troy@troycap.com.