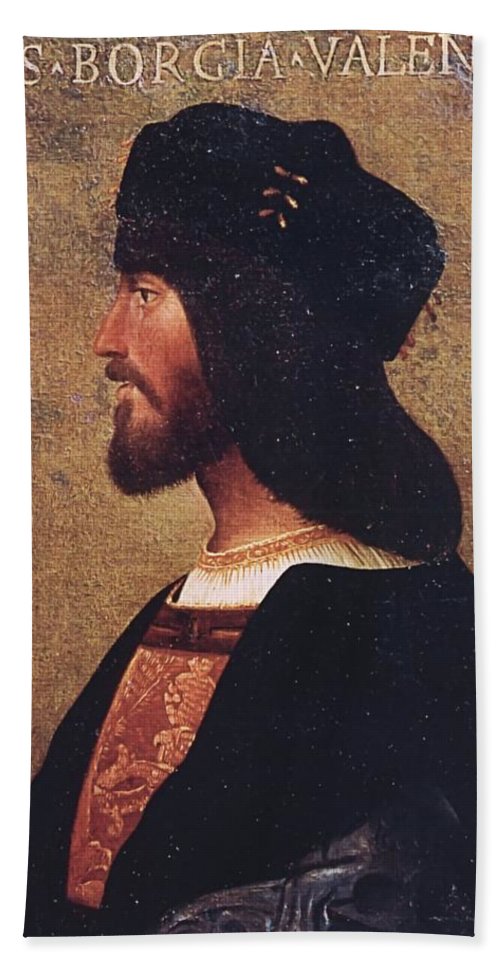 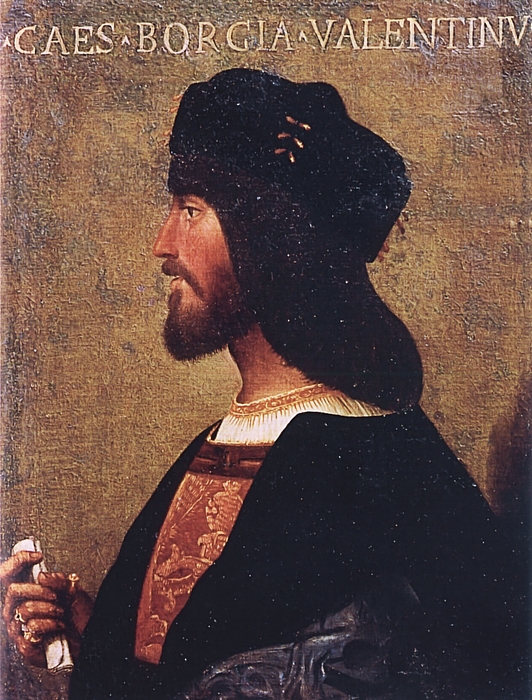 This is a reproduction of a portrait of Caesare Borgia, the duca Valentino. He was the son of Rodrigo Borgia, Pope Alexander VI, who was the first... more

Congratulations on the successful sale today!

This is a reproduction of a portrait of Caesare Borgia, the duca Valentino. He was the son of Rodrigo Borgia, Pope Alexander VI, who was the first man to resign the cardinalate in 1498, the same day that Louis XII of France created him duque Valentinois. He was twenty-two years old having been a cardinal for four years. He made good progress in creating a state in the Romagna when his position collapsed after the death of his father. He went to Spain where he married and continued military campaigns until his death in battle on March 12, 1507. This profile is found in the Palazzo Venetia in Rome and is believed to be a copy of the contemporary portrait created in about 1505 by Bartolomeo Veneto.If you are interested in commissioning an oil painting on canvas of this art print, please send me an email at troy@trycap.com.