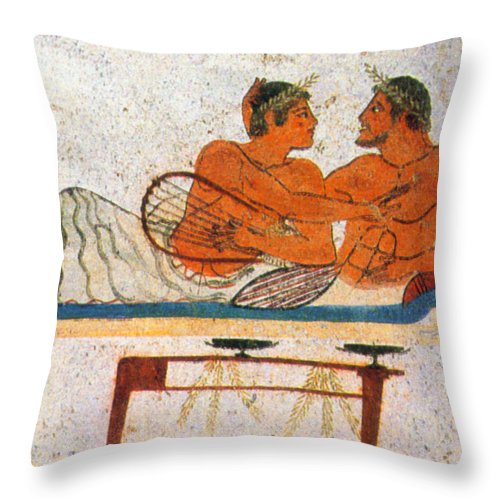 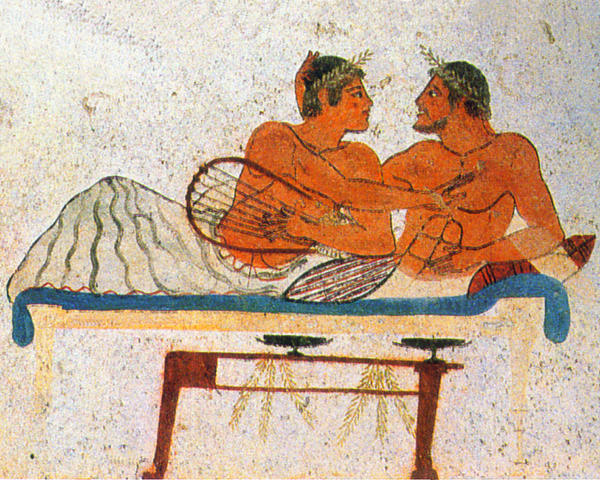 First in a series of eight works from the Tomb of the Diver. This tomb was created in about 480 Before the Common Era and was discovered in... more

First in a series of eight works from the Tomb of the Diver. This tomb was created in about 480 Before the Common Era and was discovered in 1968.Troy Caperton has restored eight images taken fromthe tomb and presents them here for your consideration. Any lover of Classical Greece or of the lifestyle of the Ancients will find this series fascinating.In this first panel, a couple reclines on a kline, a low sofa, in an affectionate pose, the younger laying aside his lyre and the elder returning the intense look. Their caressing movements seem to indicate whispered words between them with simplicity and elegance.If you are interested in commissioning an oil painting on canvas of this art print, please send me an email attroy@trycap.com.