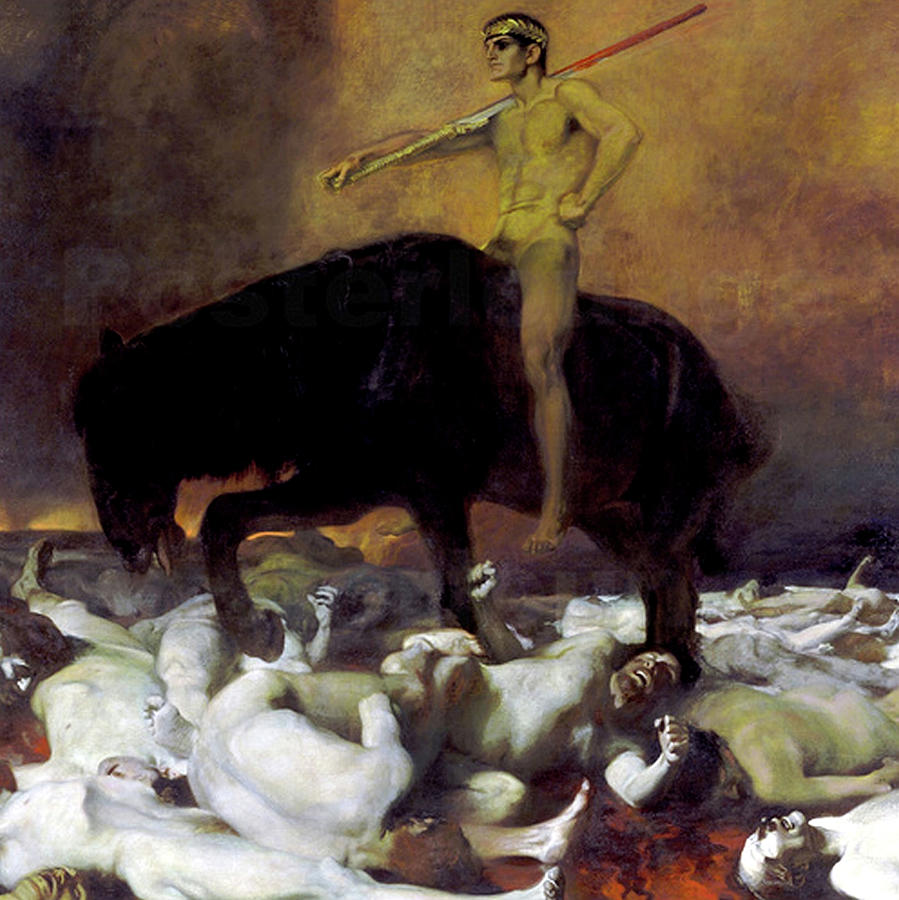 This is a reproduction of the German Symbolist masterpiece Der Krieg, or The War, by Franz von Stuck. It measures 245.5 by 271 centimeters and is now in the Neue Pinakothek in Munich, Bavaria. It is an allegory of war sitting on a pitch-black horse, casually carrying his bloodied sword over his shoulder. His bearing provides the observer with a stark contrast between him and the mass of corpses below him. The ghastly scene is put in front of a gloomy sky; on the horizon yellow paint can be perceived as distant firelight. Franz von Stuck was the foremost of the Symbolist artist in Munich of the late 19th and early 20th centuries. He co-founded the Munich Secession which formed a long-lasting rebellion on the part of young artists from the Academic styles of the older generation. He gained great acclaim and in 1905 was raised to the Bavarian aristocracy by King Otto. He died in 1928 at the age of sixty-five years and was mourned as the “last prince of art of Munich’s great days”.

Phenomenal! Amazing level of detail and lighting! Congrats on your sale! :)

Art is as natural as sunshine and as vital as nourishment. 💖 🌸💖 🌸 Congratulations on your recent sale 💖 🌸💖 🌸