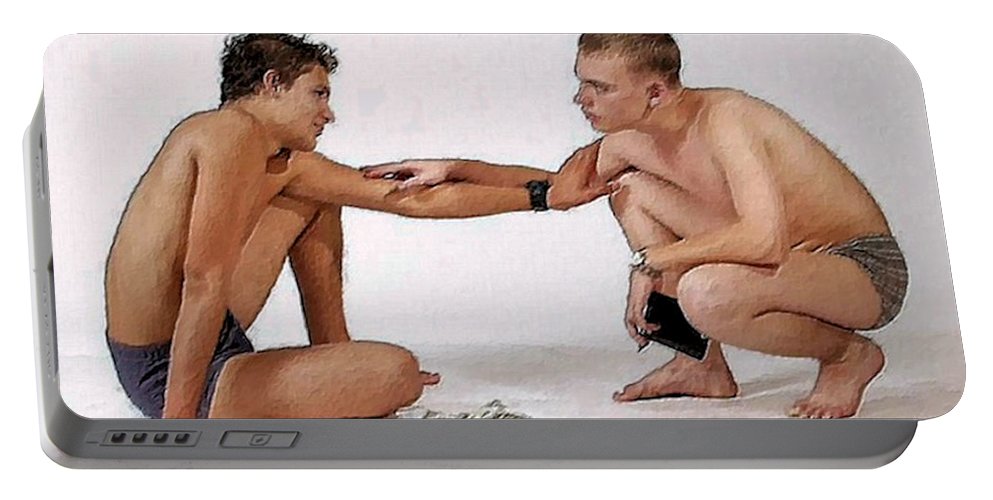 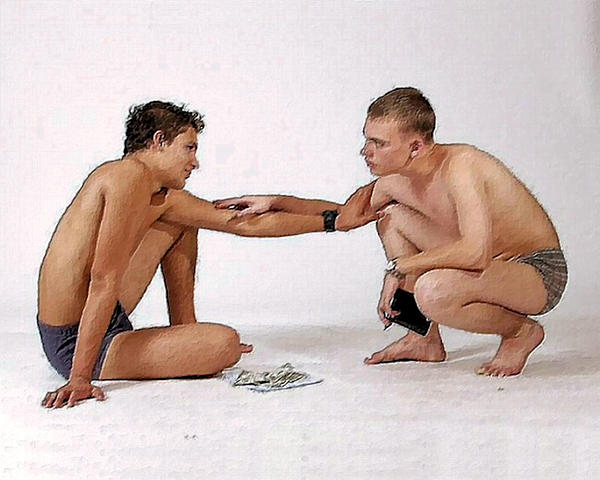 A reproduction of Deep Affection by Troy Caperton. A lover studies and caresses the unsuspecting face of his beloved. For all the ages of man there... more

A reproduction of Deep Affection by Troy Caperton. A lover studies and caresses the unsuspecting face of his beloved. For all the ages of man there have been men who, for whatever reason, have preferred the particular eroticism which is only available between men. This is an effort to capture some of that glory.If you are interested in commissioning an oil painting on canvas of this art print, please send me an email at troy@trycap.com.