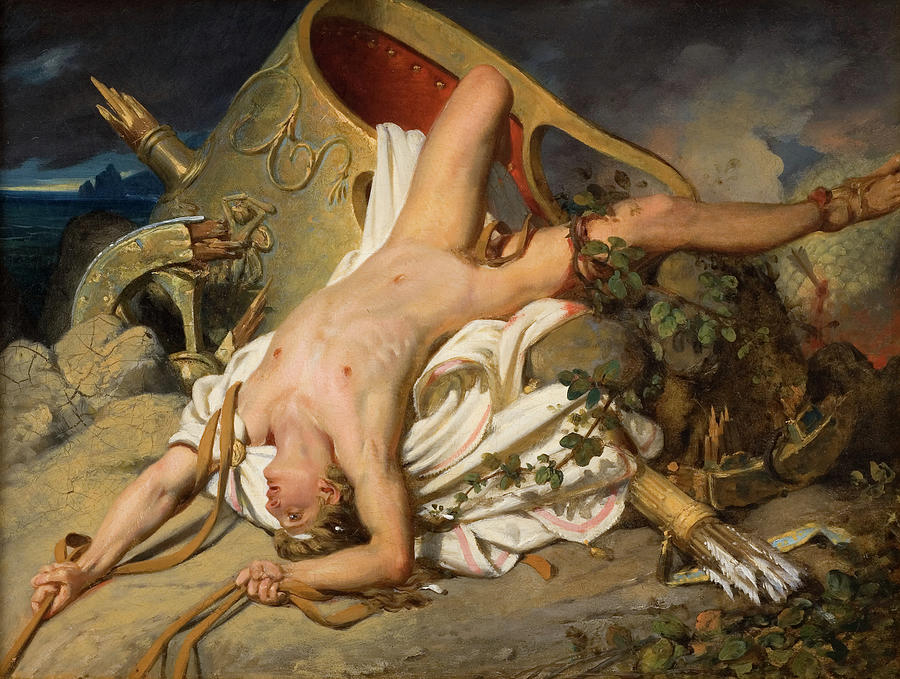 The Death of Hippolytus was a common theme in Greek mythological art. He was a son of Theseus who refused the advances of his step mother Phaedra. Having been spurned, she accused him of rape to his father secured the help of Poseidon who sent a sea-monster or bull to frighten the horses of Hiploytus who dragged the prince to his death. This French masterpiece was produced early in the career of Joseph Desire Court. He was born in 1797 Rouen. He studied under Gros in the Ecole des Beaux Arts and in Rome This work was completed two years before his great success, The Death of Caesar, which is in the Louvre. He later devoted himself to portraiture, some upon the orders of the Citizen King, Louis Philippe. He died in Paris in 1865.

Congratulations on your sale today!