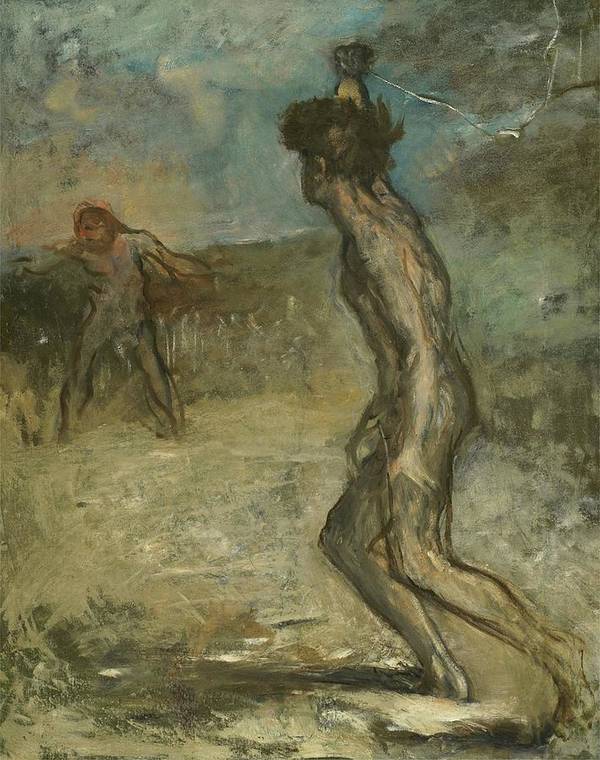 David and Goliath poster by Edgar Degas.   Our posters are produced on acid-free papers using archival inks to guarantee that they last a lifetime without fading or loss of color. All posters include a 1" white border around the image to allow for future framing and matting, if desired.

This is a reproduction of an original image of Edgar Degas' David and Goliath of 1864. The artist entered the Ecole des Beaux-Arts in 1855 and... more

This is a reproduction of an original image of Edgar Degas' "David and Goliath" of 1864. The artist entered the Ecole des Beaux-Arts in 1855 and traveled to Italy the next year. Beginning in 1860 and for the next ten years, Degas' works began to be exhibited and his reputation grew gradually. This work is from that period in which mythological and Biblical scenes predominate.If you are interested in commissioning an oil painting on canvas of this art print, please send me an email attroy@trycap.com.