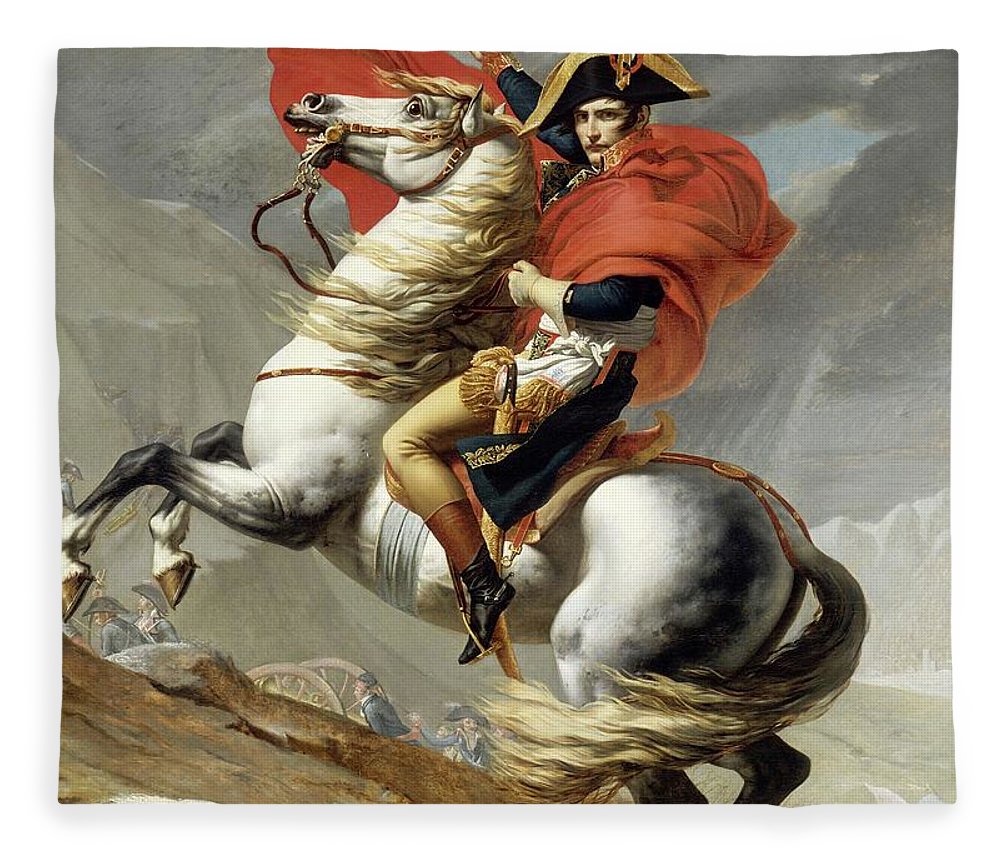 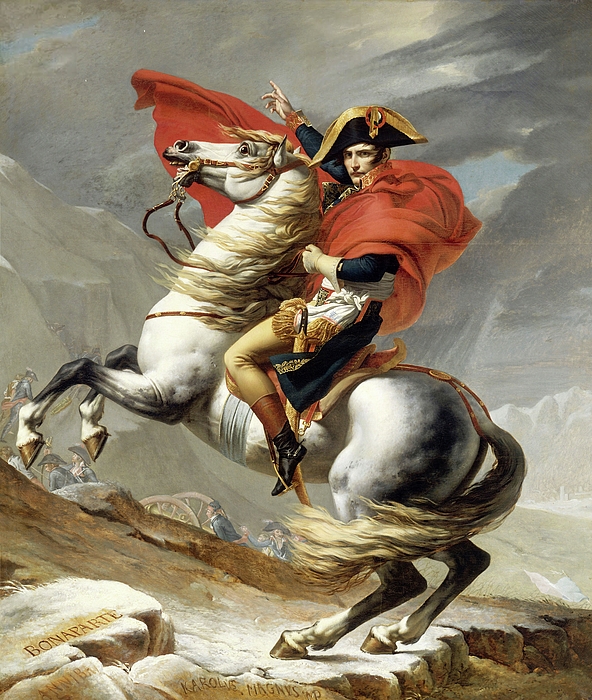 This is a reproduction of Napoleon Crossing the Alps by Jacques-Louis David. It is one of five renditions of the same painting that were executed... more

This is a reproduction of "Napoleon Crossing the Alps" by Jacques-Louis David. It is one of five renditions of the same painting that were executed between 1801 and 1805 commissioned by Charles IV, the king of Spain. The event occurred in May of 1800 and David received the commission from the Spanish court. When Napoleon heard of the commission he instructed David to produce three additional paintings. On his own, David produced yet a fifth version which he retained in his own possession. The equestrian presentation and the dramatic pose of Napoleon had little relation to reality but the painting from the beginning was designed to be propaganda. However the effect of the painting on the history of art has been profound and long-lasting. This particular version in at Versailles.If you are interested in commissioning an oil painting on canvas of this art print, please send me an email attroy@trycap.com.