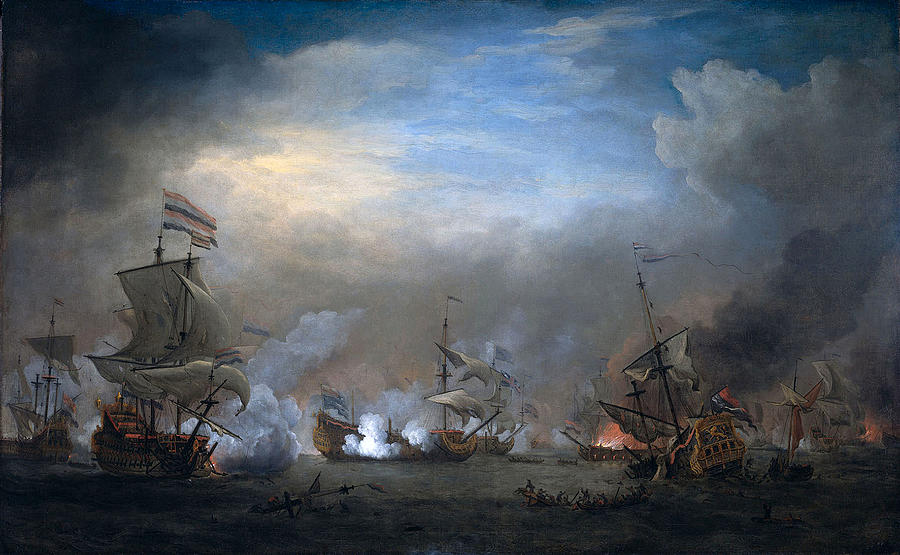 This is a reproduction of "The Encounter between Cornelis Tromp on the Gouden Leeuw and Sir Edward Sragg on the Royal Prince during the Battle of Kijkduin" of 1707 by Willem van de Velde the Younger. This battle occurred on August 21, 1673 during the Third Anglo-Dutch War. The painting was created when the artist was seventy-four years old having been born in Leiden to Willem van de Velde the Elder. He moved to London in 1673 into the employ of Charles II. Also patronized by the Duke of York, the future James II, Van de Velde the Younger died on April 6, 1707. This work is 183 cm wide and 114 cm high and is in the Rijksmuseum in Amsterdam.