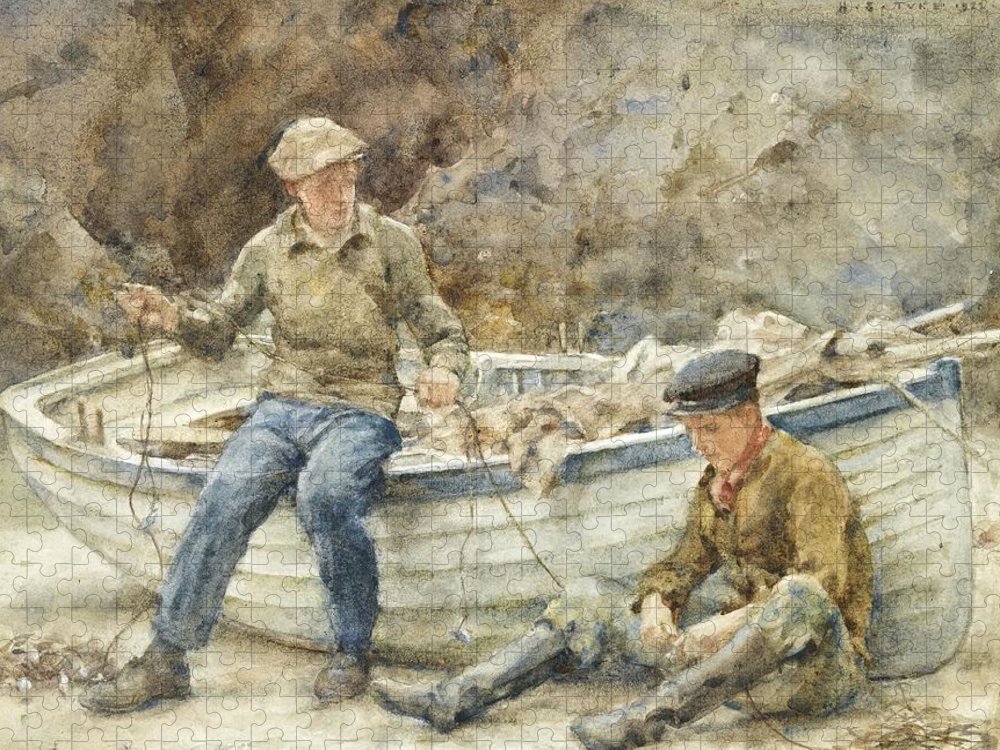 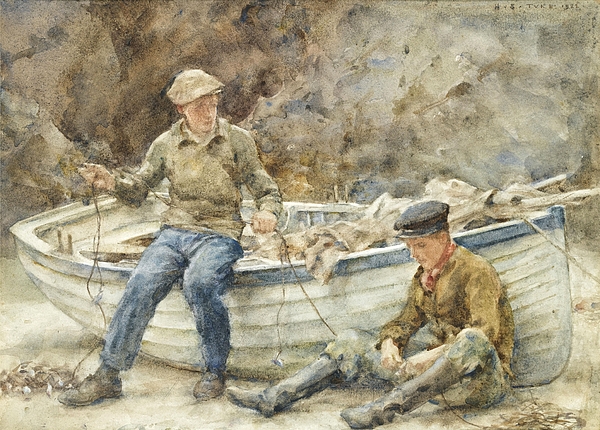 This is a reproduction of Henry Scott Tuke's Bailing A Spiller of 1922. This is a watercolor that measures 7.9 by 10.8 inches and is in a private... more

This is a reproduction of Henry Scott Tuke's "Bailing A Spiller" of 1922. This is a watercolor that measures 7.9 by 10.8 inches and is in a private collection. The date of creation is not known. Tuke's abiding love was the sea. He was a member of the Royal Academy having been born in 1858 York from whence he moved when he was sixteen and entered the Slade School of Art. He traveled to Italy six years later and between 1881 and 1883 he lived in Paris where he studied under Jean-Paul Laurens and met John Singer Sargent. During this time he met Oscar Wilde and John Addington Symonds. He began his painting in Cornwall in 1883 and his fame gradually grew. In 1914 he was elected to the Royal Academy of Arts having established himself as an independent artist who could afford to work in France, Italy and the West Indies. Tuke died in Falmouth, Cornwall at the age of seventy.If you are interested in commissioning an oil painting on canvas of this art print, please send me an email at troy@troy...