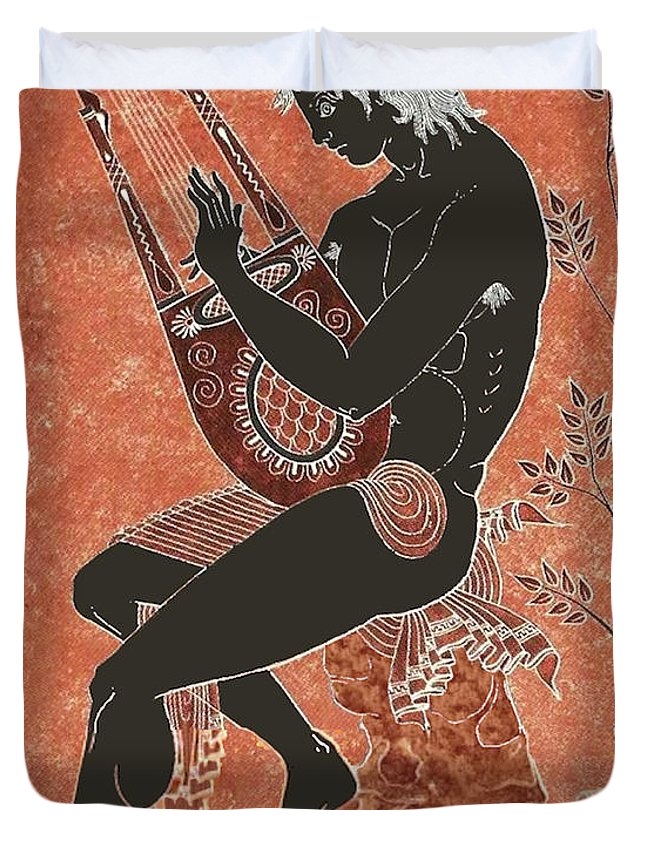 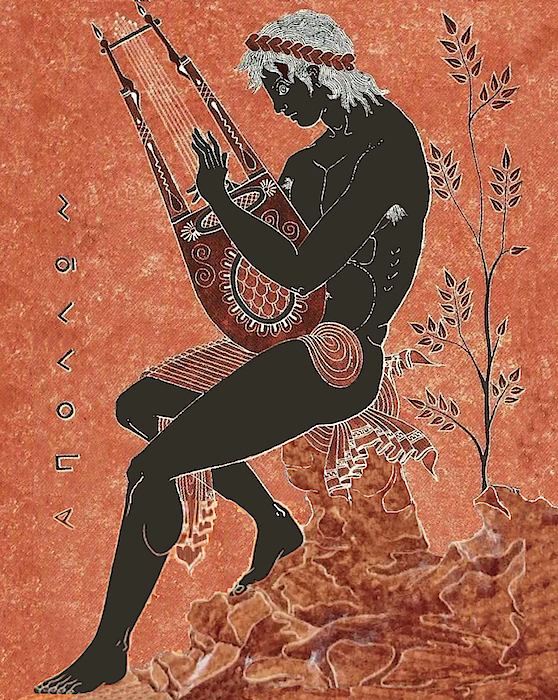 Apollo on a Rock playing a Lyre Duvet Cover

Queen duvet cover (88" x 88") featuring the image "Apollo on a Rock playing a Lyre" by Anonymous. Our soft microfiber duvet covers are hand sewn and include a hidden zipper for easy washing and assembly. Your selected image is printed on the top surface with a soft white surface underneath. All duvet covers are machine washable with cold water and a mild detergent.

A reproduction of Apollo on a rock playing a Lyre by an anonymous illustrationist of unknown date. This is a modern rendering of a classic image of... more

A reproduction of " Apollo on a rock playing a Lyre " by an anonymous illustrationist of unknown date. This is a modern rendering of a classic image of Mediterranean Spirituality. The god Apollo was often portrayed in the Classical World as playing the lyre. Apollo exclaimed that he would be master of the lyre on the day he was born and then went on the invent the instrument. This illustration has been here created and is available in several sizes.If you are interested in commissioning an oil painting on canvas of this art print, please send me an email at troy@troycap.com.