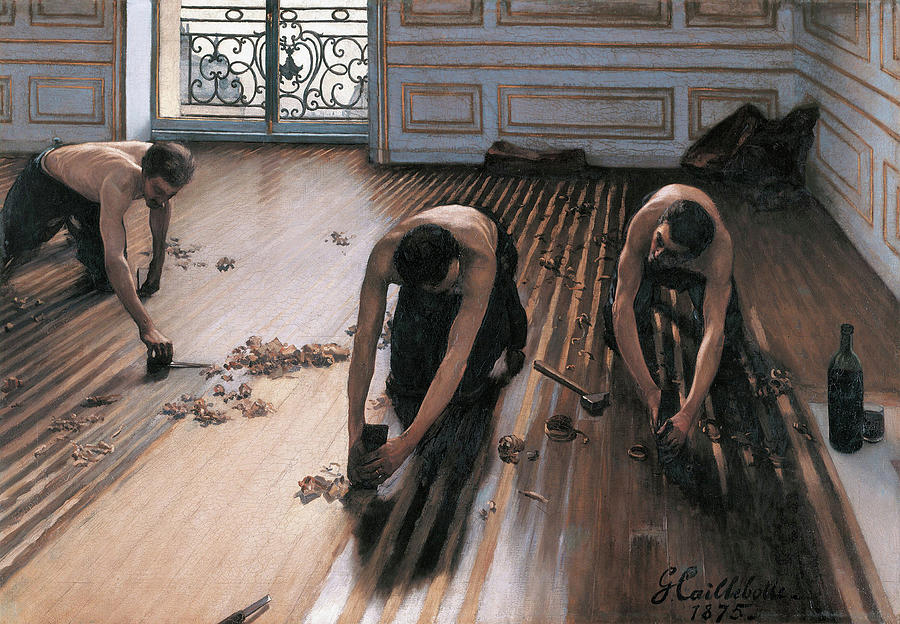 This is reproduction of Les Raboteur de parquet, or The Floor Scrapers, of 1875 by Gustave Caillebott. The original painting is an oil on canvas measuring 40.1 by 57.6 inches and is in the Musee d’Orsay in Paris. He was born in 1848 Paris. His father was a judge and he earned his law degree in 1868. Two years later he was drafted into the French army for the Franco-Prussian War. After the war he began studying under Leon Bonnat and entered the Ecole des Beaux-Arts in 1873. Three years later he entered this painting into the second Impressionist exhibition. It is often classified as Realist, but was heavily influenced by the new movement of Impressionism. The work may also be influenced by the new technology of photography. He ceased exhibiting his art in 1882 and became a funder of Impressionist exhibitions and collector of the movements works, often created by his friends Monet, Renoir and Pissarro. He died in 1894 aged forty-five years.