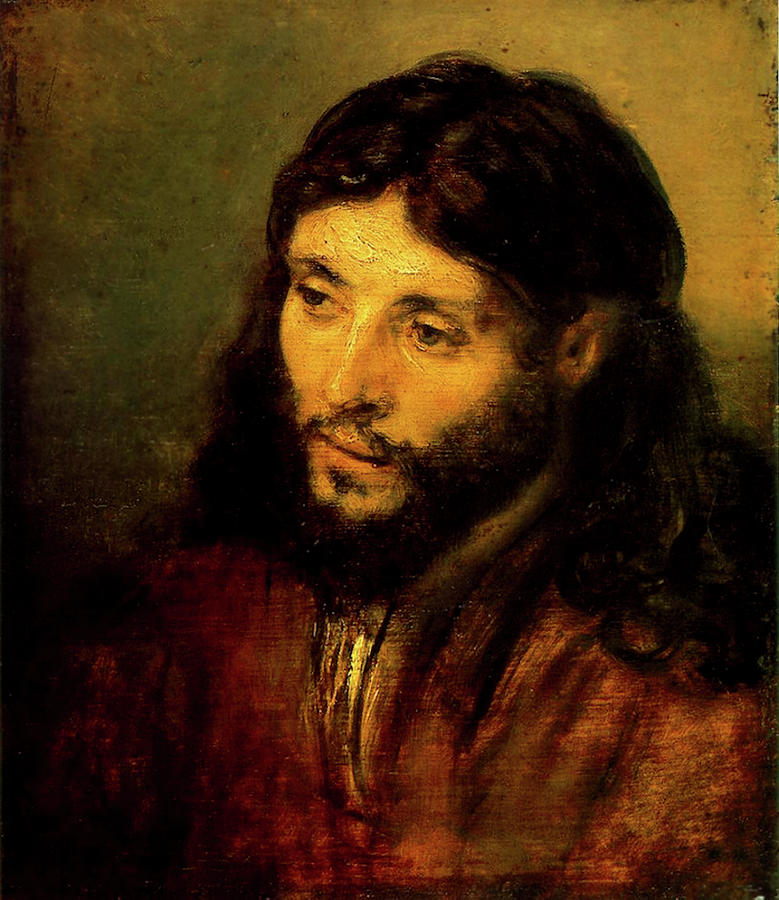 This is a reproduction of Rembrandt Harmenszoon van Rign's "Head of Christ" of about 1652. The master's ability to give an earthly reality to his subject is seen plainly in this unique work. There is tremendous kindness and sensitivity in this portrait reputedly gleaned from the face of a young Jewish man of Rembrandt's acquaintance. This Christ is infused with kindness, goodness and purity to an extent rarely seen elsewhere. The original is in the Staaliche Museen Preussischer, Kulturbesitz, Gemaldegalerie, Berlin. Rembrandt was born in 1606 Leiden and, after schooling in Latin and the Classics, he entered an apprenticeship in painting when sixteen years old. After a brief stay in Amsterdam he returned to Leiden and opened a studio with his friend Jan Lievens; they were both nineteen. He soon won acclaim through influential contacts and in 1630 moved to Amsterdam after the death of his father. Four years later as a master of the Guild of St. Luke Rembrandt gathered a large number of students about his workshop. He married that year and continued to produce masterpieces such as the Abduction of Ganymede, the Sacrifice of Isaac and the Night Watch. His domestic tranquility was disturbed by the death of his wife in 1642 but Rembrandt continued his prodigious output. Nevertheless Rembrandt was forced into bankruptcy in 1654 and mostly lived in seclusion until his death in 1669 though he continued to produce masterpieces, among them Return of the Prodigal Son.