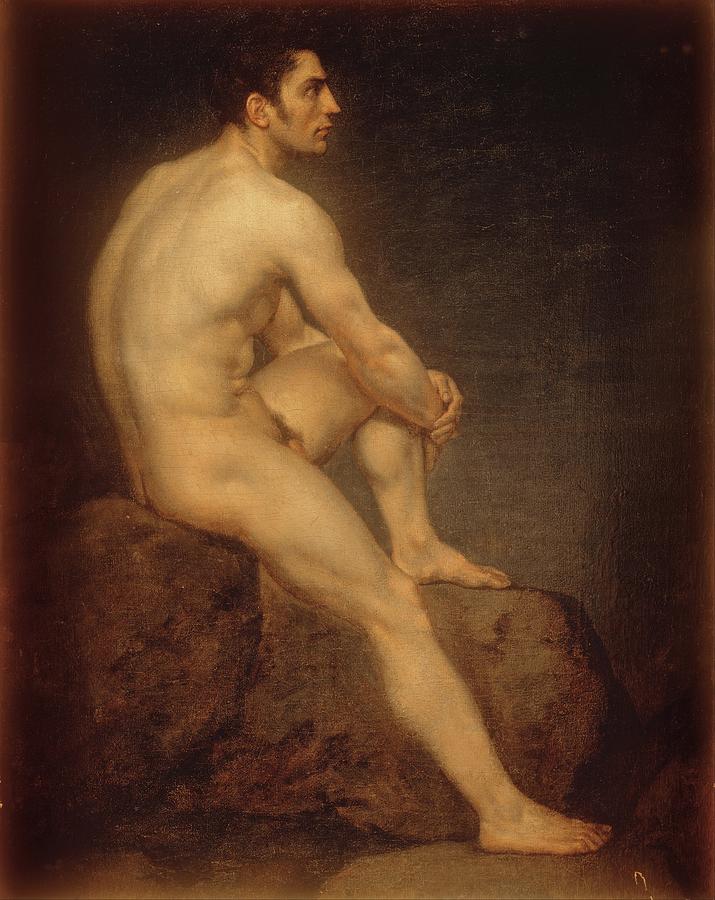 This is a reproduction of Manuel Ignacio Vazquez’masterpiece, “Male Nude” of 1823. It measures 700 by 560 millimeters and is in the Museo Nacional de Arte in Mexico City. Manuel Ignacio Vázquez, born in Tlacolula, Oaxaca, was a student of Rafael Ximeno y Planes in the San Carlos Academy and gave painting classes in the same institution. Traveling to Rome on a scholarship in order to complete his studies, he entered the Academy of Saint Luke there, and was active as a painter between 1806 and 1835. The XlXth-century academic art considered the nude to be a great opportunity to depict the human body in an idealized way, in accordance with the stylistic values of the French-influenced Neoclassicism that then prevailed. The nude full-figure and half-figure exercises carried out by the students prepared them to participate in the so-called Torso Competition, which had been introduced by the academies so that students could demonstrate both their artistic abilities and their knowledge of human muscle structure. In the present work, the artist depicts a man in a cold, studied pose, seated on a dark-colored rock, gazing at some indeterminate point in the middle distance. Though the diffuse light that illuminates the subjects body does not play up its strong anatomical contrasts, the grayish brown background creates an atmosphere that is both evocative and mysterious, while the engrossed expression on the Greco- Roman face of the solitary figure recalls the dauntless look on the faces of Egyptian sphinxes. The above combination of traits results in a cross between the ideals of Romanticism and the canon of Neoclassicism. This piece probably belonged to the Bishop of Puebla, Pablo Vázquez, given that some lots from his collection were sold to the San Carlos Academy. It entered the MUNAL as part of the latter’s founding endowment in 1982.