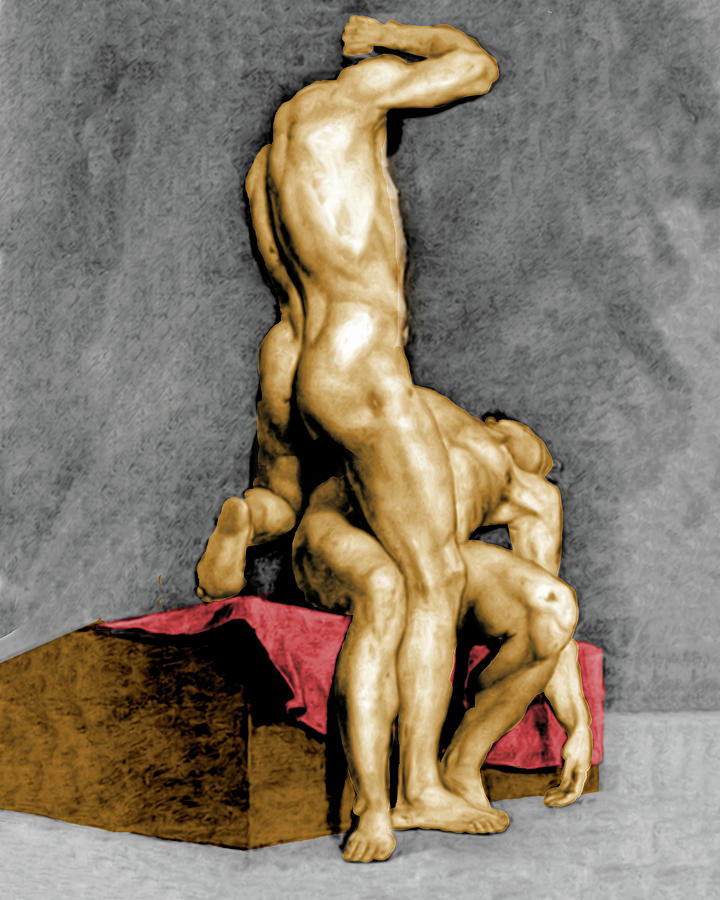 This is a reproduction of “Two Male Models” of about 1840 by Fydor Bruni. It depicts two naked male models placed in provocative positions to emphasize the masculine arrangement of musculature from the posterior view. This image has been significantly modified by Troy Caperton in 2019. Fydor Bruni was the son of a Swiss Italian painter who was born in Milan. Relocating with his family to Russia the next year, he was sent to the Imperial Academy of Arts in 1809 when aged ten years. His father sent him to Italy to further his education in 1819 where his work was exhibited in the Capitol. He returned to St. Petersburg by 1829 where he worked on several important works. Returning to Rome in 1838, he returned to Russia two years later and the made his third trip to Rome in 1841. He returned to Russia for a final time in 1845 and became custodian of the gallery at the Hermitage Museum in 1949. In 1855 he became Rector of the Department of Sculpture and Painting at the Russian Academy. He died in 1875 n Saint Petersburg.