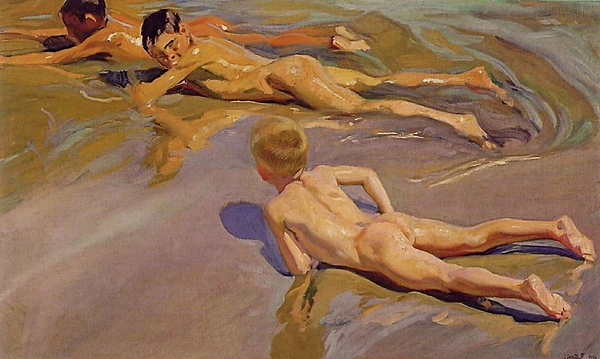 Children on the Beach Tapestry